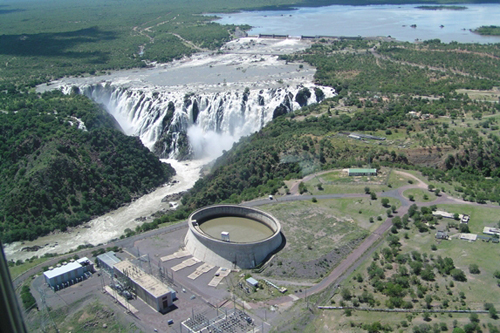 About 1504 gigawatt-hour (GWh) was generated and dispatched from the Ruacana power station, according to the 2020 report from NamPower, which is the highest in over 10 years.

“The improved river flow during the second half of the 2019/2020 financial year and the reliable operation of the power station resulted in a total of 1504 GWh of units generated and sent out, offsetting the sum of units imported by more than 12% when compared to the previous year,” reads the report. NamPower noted that this is a 58% increase from the 954 GWh generated in the previous financial year (2018/2019) and well above the average of 1400 GWh recorded for the past 10 years.  A record river flow of 2 065 m3/sec was recorded during the year under review. This is well above the average river flow recorded in the past five years.  The good rainfalls received in the catchment areas in northern Namibia and southern

Angola resulted in an increase in local generation of 41% in 2020 compared to 29% in 2019. Consequently, this resulted in a decrease in imports from 71% in 2019 to 59% in 2020.
The surplus generation enabled NamPower to export electricity through the Electricity Trading Market of the Southern African Power Pool (SAPP).
-mndjavera@nepc.com.na