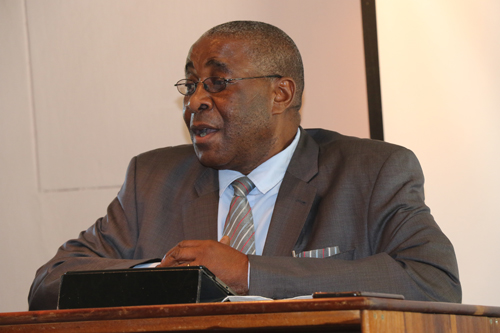 The Zambezi governor pointed out that the role of a councillor is not an easy one, as it demands expertise and knowledge about the local government system and municipal environment.

“Councillors require an in depth understanding of their mandate. High level of expectations of the community they serve, competing interests among the different groups of citizens living in the constituency with limited human and financial resources and timeframes for delivery of service are some of the difficult challenges that councillors will face during their five year term,” said Sampofu.

He further reminded the councillors about the important aspects of a councillor’s mandate which includes acting as representatives of the community they serve, providing leadership roles, as well as acting as custodians of public finances.
“We need to be mindful of the Disaster Risk Management Act 10 of 2012 that provides for an integrated, co-ordinated disaster management policy that will focus on preventing or reducing the risk of disaster, mitigating the severity of disasters, emergency preparedness, rapid and effective response to disasters and post disaster recovery,” stressed Sampofu.

He further added that infrastructure and basic services which include water and sanitation, electricity, housing, refuse removal, stormwater management, rural and town roads, public transport, street lighting, among others as well as providing sanitation in CBD area is crucial.
“Let us not wait to act once the flood starts, develop a plan which should include moving people to higher ground. Choto is always flooded, why not find a land to move those affected, so that that area is left for water instead of moving people every year?” probed Sampofu.