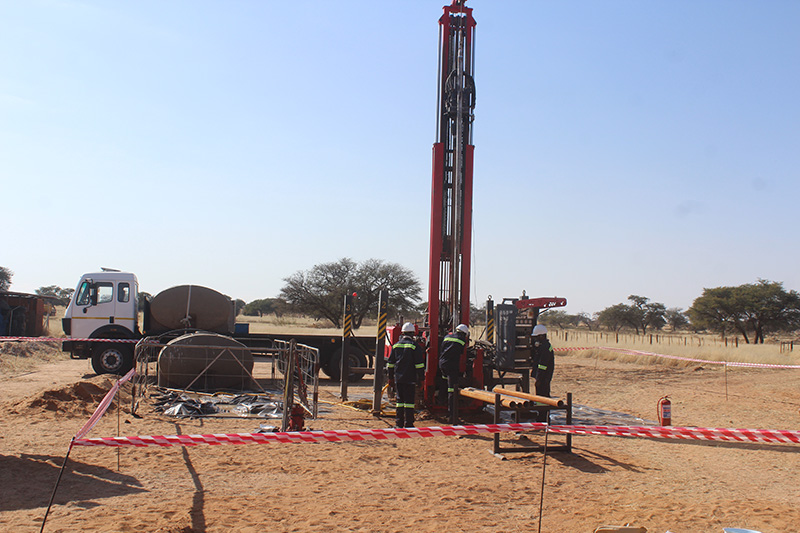 The uranium exploration saga in the Omaheke and Hardap regions has been dealt a decisive blow after water minister Calle Schlettwein this week said no mineral exploration drilling and in-situ leaching activities shall occur in any aquifer.

Headspring Investment, a subsidiary of a Russian company Uranium One, has been exploring for uranium in Omaheke and this has triggered tensions among some farmers, community leaders and government officials due to the close proximity of mining activity to a valuable water aquifer in the cattle farming area.

This week, Schlettwein said to safeguard the quality of ground water resources, the policy position is that no mineral exploration drilling and in-situ leaching activities shall occur in any aquifer.

Schlettwein was speaking on Wednesday at the Agricultural Outlook Conference in the capital.

“This is particularly the case for the current proposed exploration drilling activities in the Stampriet area and any other aquifer area,” Schlettwein emphasised.

The Stampriet Artesian Basin (SAB) aquifer is the largest artesian basin in the country, which covers some 60 000 square kilometres in south-east Namibia, and expands into neighbouring Botswana and South Africa.

Responding to questions from New Era, Uranium One spokesperson Riaan van Rooyen said Headspring Investments finds it quite disappointing as the company had followed all legal procedures and the exclusive prospecting licence (EPL) and environmental compliance certificates (ECCs) were legally obtained.

“We find it quite strange that permits from the water ministry were issued at first and now after an investment of about N$850 million, the minister seems set on stopping the project,” said a disappointed Van Rooyen.

He added the company had engaged the ministry on numerous occasions and hope the minister will be open for further discussions to clear the matter.

Van Rooyen noted the company trusts the Namibian systems regarding the approvals for EPLs, ECCs and other relevant permits, like water permits.

“Clearly there seems to be many grey areas between the ministries and the company stands ready to offer its expertise to assist the Namibian government to clear the path for mining investors that would like to come to Namibia in the future,” he said.

The Russian company remains hopeful that the three relevant ministries, namely water, environment and mines, can come together and agree on the way forward to ensure the development of billions of dollars will benefit Namibia.

Responding to questions in the National Assembly last month, mines minister Tom Alweendo said Uranium One Group’s drilling of boreholes is at a halt as the company is waiting for a new permit.

“We are going to continue to monitor to make sure the company does what is expected as per the permits issued, that is if they are going to be issued. But currently, they are not drilling. We are equally concerned because if they do that without water management (processes), it may contaminate the underground water,” Alweendo cautioned.

Uranium One falls under state-owned Rusatom, which is Russia’s State Atomic Energy Corporation specialising in nuclear energy and is also a uranium exploration, mining and processing company.

The company has proposed in-situ leaching method as a possibility to extract uranium. ISL, also called in-situ recovery or solution mining, is a mining process used to recover minerals such as copper and uranium through boreholes drilled into a deposit. In-situ leaching works by artificially dissolving minerals occurring naturally in a solid state.

Despite this resistance to mining in the area, the miner is adamant all chemicals being used in its exploration activities are environmentally friendly, compared to conventional open-pit and underground mining; thus, farmers in the area should not be worried.

The contentious project has thus far received blessings from some members in government and high-ranking officials, such as deputy mines minister Kornelia Shilunga and Omaheke governor Pijoo Nganate.