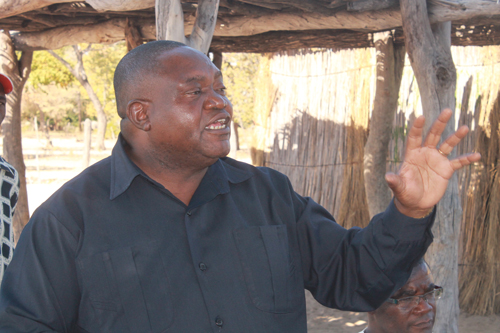 The lack of sewerage services has delayed the opening of a new N$23 million school at Rundu’s Sauyemwa location.
According to the director of education in Kavango East Fanuel Kapapero, the newly constructed Markus Sitongeni Ihamba Primary School is likely only to open its doors in February. He said the connection of the school to the town’s sewerage system was still pending.

“It can only be opened maybe in February if that challenge is sorted out. I went to speak to the manager on site and he said there are also challenges with electricity connections but that one can be sorted out anytime.

Some teachers will also be transferred from the two schools to the new primary school. “The learners who will be enrolled at the school are going to be transferred from the two schools, Sauyemwa Junior Primary School and Sauyemwa Combined School to decongest them and we are talking about having 800 learners at this school, from grade 0 to 7,” he said.

Several overcrowded schools at Rundu have in the past resorted to erecting makeshift structures in an effort to accommodate more learners.
New Era reported last year most schools in Rundu have more than the required average learner–teacher ratio of 35 per class, as some classes are accommodating about 80 learners.
– jmuyamba@nepc.com.na