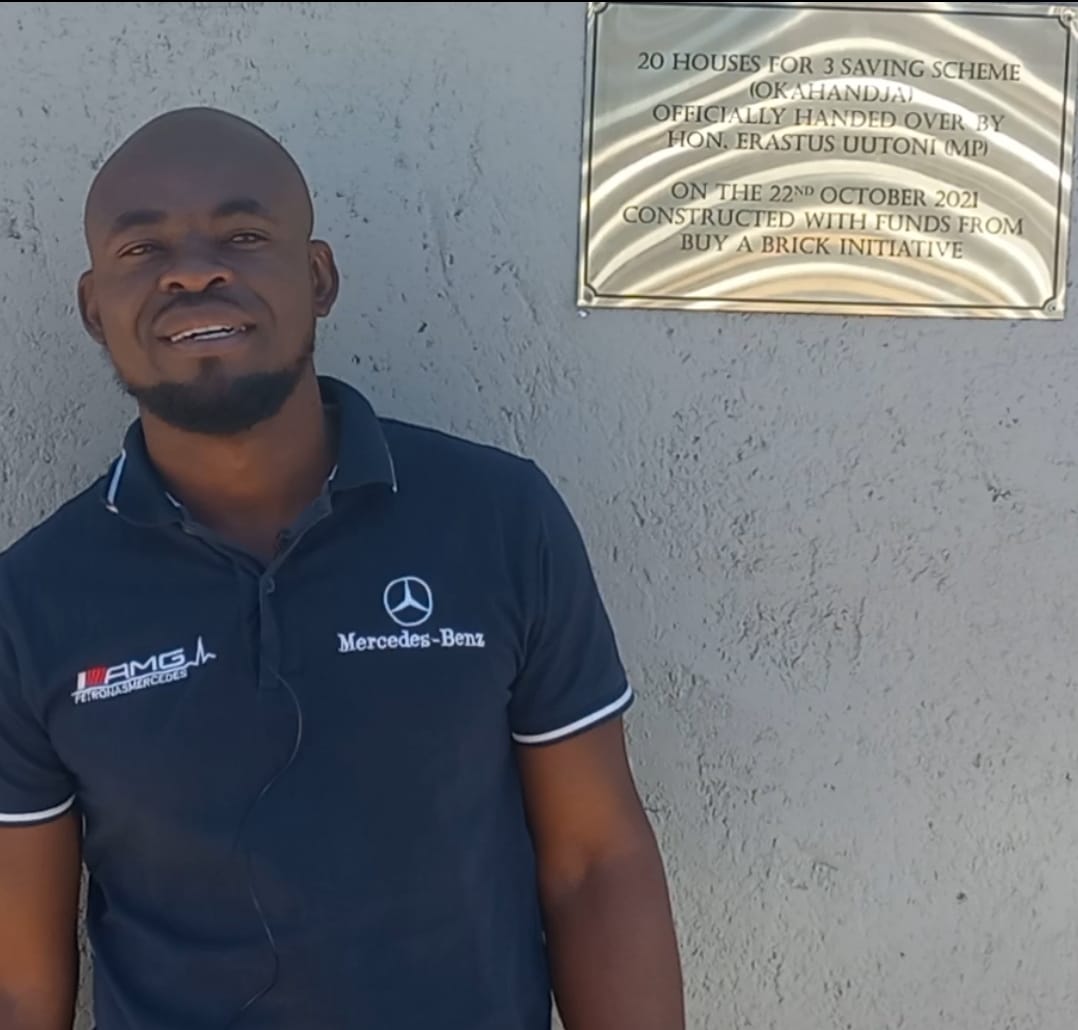 The Shack Dwellers Federation of Namibia has been applauded by local politicians following another successful delivery of low cost houses to its members.

On Friday, Urban and Rural Development minister Erastus Uutoni officiated at the handover of 20 houses to shack dwellers at Okahandja. The houses were constructed by the Shack Dwellers Federation, in collaboration with Standard Bank’s Buy-a-Brick Initiative.

The minister emphasised the importance of housing as a key national development and an important vehicle to address poverty and inequality, as well as to bring about social harmony, economic development, advancement and ensuring political stability.

“The Shack Dwellers Federation’s solution to housing is unique and worth supporting in that it is a case of the community, itself, taking action to address its own developmental needs. This is a clear testimony of sustainable and people-centred development,” Uutoni remarked as a he pledged his and the ministry’s continued support to the federation.

Otjozondjupa regional governor James Uerikua also sang praises for the shack dwellers federation: “The work of the (shack) dwellers federation is commendable – and as a testament to that, we are not only handing over 20 houses but giving 20 families an opportunity to own a place they can call their home in Okahandja. This partnership between the federation, private sector and local authorities is an opportunity for community-driven development and income-generating projects,” he said.

Okahandja mayor Natasha Brinkmann, hailed the successful construction of the 20 houses by federation as notable and pledged the municipality’s readiness to continue to avail land to non-governmental organisations and other organisations that are aimed at benefiting the community.

“The intervention demonstrated by Shack Dwellers Federation and partners will impact on the sustainable livelihood of our people. There is pretty strong evidence that the environment in which people live is closely linked to their wellbeing because a place called home provides security, control, belonging, identity and dignity, amongst others.”

Standard Bank’s public relations manager Isack Hamata also praised the partnership between the shack dwellers and the Buy-a-Brick Initiative, which he said has so far delivered over 600 houses in 15 towns since its inception in 2015. He also called on more corporates to join the fight against the proliferation of shacks, saying this would not only change the housing landscape but also contribute to economic development and self-empowerment.

“We are committed to ensuring that all of us, as Namibians, hold hands to completely eliminate shacks from the face of our country.”

One of the 20 beneficiaries Leonard Fabian was happy to receive the key to his house after living in a shack for many years.

He said he looks forward to his family joining him from Walvis Bay to celebrate a significant milestone.

“My family are happy and thankful to Standard Bank for making this happen,” said Fabian.