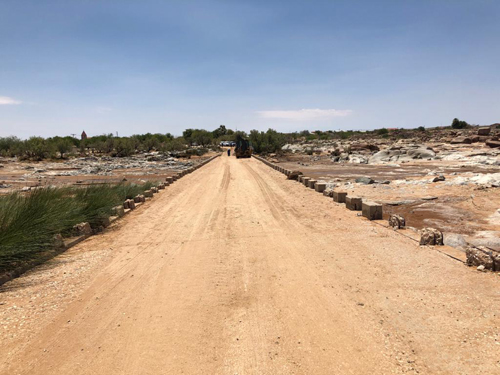 KEETMANSHOOP – Following heavy rains accompanied by flash floods in most parts of the //Kharas region, many roads have become inaccessible for road users.
The Roads Authority in its latest media release, however, reported that most damages caused to road infrastructure in the region have now been repaired, making them accessible. The company also gave a status update of damaged roads in the south.

Homs River Bridge in Warmbad on District Road 210 (D210):
The repair works are completed and D210 is accessible and open to all traffic.

Main Road 30 (M30) or tourist route C17:
From Keetmanshoop to Koës, the repair is underway, however, the road is still not accessible and is closed to traffic. We will update when it is accessible, safe and open to traffic.

M 25/tourist route C11:
From Karasburg to MR 26 Junction Main Road M25/C11 from Karasburg to Aroab has been made accessible and open to traffic. However, road users are cautioned to drive attentively because the repairs are not completed yet.