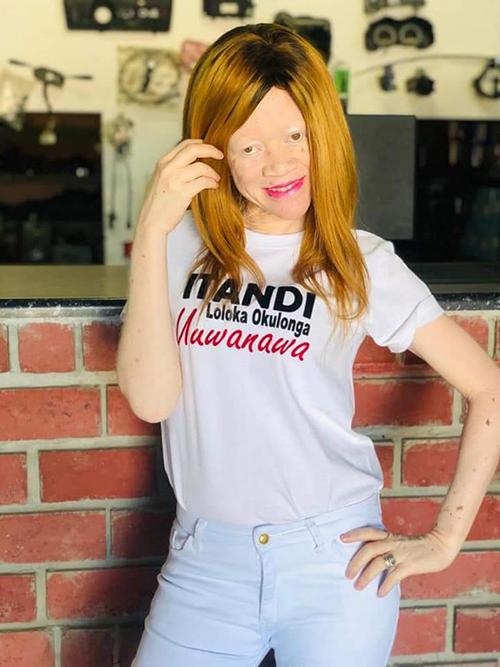 Sovita Joshua, a self-styled ‘Queen of Gospel’, has a lot on her plate. Apart from spreading the Gospel through music, she is constantly creating content for social media that is changing people’s lives through her stories.

Joshua, also known as Aka African Vanilla, stated that having a large number of social media followers (48 000 on Facebook) is important not only for business but also for making a positive difference in someone’s life.

People are suffering, but no one seems to care how she feels. The majority of the videos she uploads are about personal experiences, touching on important topics that bring tears to her eyes. Things like what she went through in her search for love, the incomprehensible difficulties of albinism, and her sermon on unforgiving spirits.

In her latest video, the singer preaches that having unforgiving spirits can block your blessings.

“The more you refuse to forgive others, the less you get what you want,” stated Joshua.

“I thank God that people always return to me. I recall a guy crying in front of me about how he once had a girlfriend with albinism and had to dump her because of his friends, which he now regrets. I get a lot of calls from people who are going through tough times, and I make it my mission to change their lives.”

Apart from that, Joshua is making the most of her clothing line called ‘Itandi loloka okulonga uuwanawa’ meaning, I will never tire of doing good, which is available nationwide.

It conveys a powerful message, and according to her, people tell her that it pulls them up when they are about to give up.

The queen of Gospel debuted her music in 2006. Her most recent album was released in 2016 and is still making waves.

“I don’t release albums every year, but I do put out an album when I think it’s necessary.

“I thank God for everything I do. I receive testimonials about how I have helped people overcome adversity, and I will continue to inspire my followers.” Follow Sovita Joshua on social media.