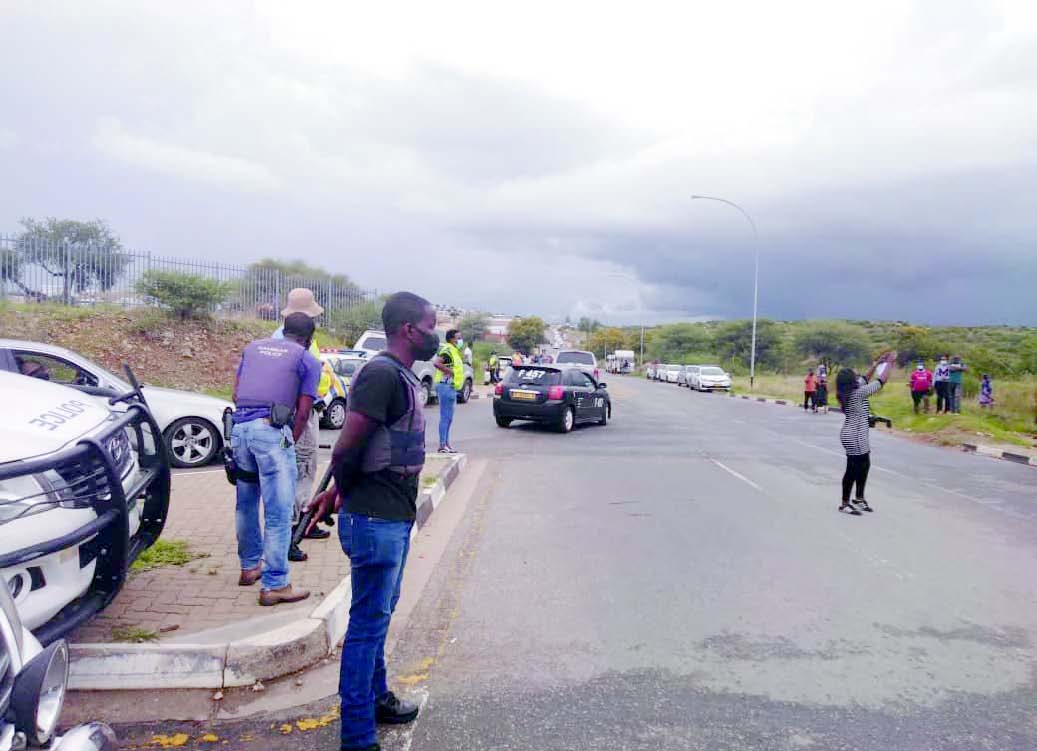 The Swapo Party Youth League yesterday denied claims that some of its leaders instigated a land grab in the Otjomuise area of Windhoek on Sunday.

The youth wing’s secretary Ephraim Nekongo said his movement has always discouraged land grabbing in the country.
He accused the Job Amupanda-led Affirmative Repositioning movement of previously causing anarchy in the country by shielding those who initiated and occupied land illegally.

Nekongo charged it is common knowledge that the land grabbing under the leadership of AR was taking place at the time the Swapo party was leading the municipal council.

More than 500 residents of Windhoek attempted to occupy land on Sunday in the Otjomuise area.
The group of land grabbers was calmed down by police after deputy Windhoek mayor Clemenencia Hanases promised the council would find a solution to the land issue in the next two weeks.

“Perhaps, the AR-led council should tell the nation whether someone was behind them when they carried out land grabbing activities during the Swapo party era at the helm of the council. They must tell the nation whether there was a Swapo party-led council sabotage.”
Nekongo said since 2014, a group of people allegedly organised by Amupanda have been advocating for illegal land occupation and prevented the law enforcement agencies to carry out their duties.

He added throughout the land grabbing organised and spearheaded by AR, the SPYL had advanced against lawlessness.
Therefore, he said, as a responsible progressive movement they continue to advise against lawlessness.
“The narrative that the recent land-grabbing event is a Swapo party tactic, is a premature political wishful thinking. The AR led council should deal with the anarchy they conceived, gave birth to, and nurtured over the years and not try to find a political ghost to place the blame on,” Nekongo reacted.

Unam Political Science lecturer Rui Tyitende feels if the assertion is true that the illegal land occupation was orchestrated by elements within the ruling party, then they have embarked on a path of potential self-destruction.
“The opposition-led council can simply state ‘look, Swapo is obstructing us from executing our mandate’ and further alienate potential voters, and further reduce their occupancy in the city council in the next elections.

If the instigated land occupations were a purely political move, then it was too premature as the new councillors have only been in office for less than two months,” he noted.
However, Tyitende maintained the concerns of the landless and homeless are genuine and political parties should desist from exploiting their concerns for political purposes.

Another commentator, Omu Kakujaha-Matundu said land grabbing was an insult to the suffering masses.
“Of course, people are desperate. They will try to test the system, which for the longest while failed to honour their promises to the poor regarding the provision of housing.

So, to me the attempted Otjomuise land occupation was an attempt by the people to see whether the present city council will be more sympathetic to their plight,” he remarked.
He said it is still to be seen how the new council of which the mayor is sympathetic to the plight of the homeless will deal with such occurrences.

“But I think this is the litmus test for the new council given the political promises they made to the homeless masses.”
- anakale@nepc.com.na