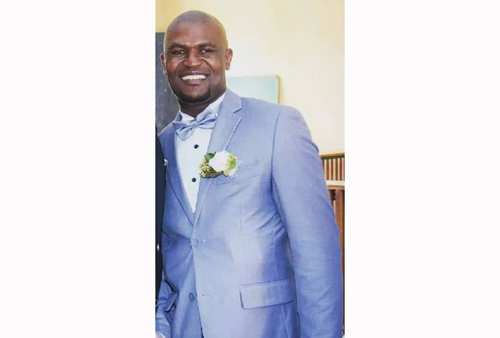 ONGWEDIVA - Northern businessman Sindano Hango was yesterday convicted of rape in the Oshakati High Court after the State successfully appealed against his acquittal last year.
His case has been referred to the regional court for sentencing, while he has been ordered to report himself at the Oshakati police station this morning.

Hango has been a free man since he was acquitted of rape in the Oshakati Regional Court by magistrate Leopoldt Hangalo on 13 February last year.
“Having considered the evidence, I have doubt that there was rape committed. I am obliged to give him the benefit of the doubt,” Hangalo said at the time.

Sindano was accused of raping his cousin on 12 October 2014 and bribing her with N$10 000 allegedly to withdraw the rape charge.
The court heard Hango sent family members to talk her into withdrawing the case in exchange for N$10 000.
The initial investigation officer also tried to talk her into withdrawing the case.
It has been the victim’s testimony that Hango forced himself on her by holding her arms to the back while one hand forcefully removed her jeans and underpants she was wearing at the time.

During the scuffle, the victim says she fell to the floor and then fled to her room where Hango followed her, threw her to the bed and forcefully penetrated her.

The victim at the time also told the court that she informed several family members about the rape of whom attempted to talk her out of registering the case while some advised her to pursue the case.
Hangalo at the time of acquitting Hango said after considering the evidence presented in court, he was not convinced that a rape was committed.

Hango in his own defence during the trial in the regional court maintained that the whole act was orchestrated and that it was the victims’ brainchild that he gives her money to take care of her personal needs.
- nashipala@nepc.com.na