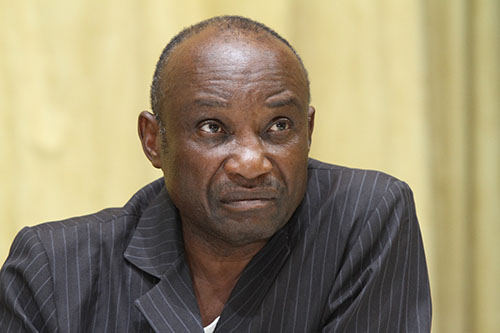 Both Swapo and the office of the founding president yesterday said they have not received the purported public apology by Namrights executive director Phil Ya Nangoloh to founding president Sam Nujoma and the ruling party’s leadership to pave way for his return.

“Maybe it is still on the way. I thought that the condition was for him to issue a public apology and show genuine remorse for what he has done,” Shipale said yesterday.

Ya Nangoloh yesterday issued a public apology in which he asked for forgiveness to founding father Sam Nujoma and all other Swapo comrades.

“Today, here and now, and, as a champion for human rights as well as a Christian and in complete submission, deference and recognition for his unwavering leadership during difficult times of the national liberation struggle against Babylon and her lackeys, I unconditionally, tender my apology to Tatekulu Nujoma, not for NSHR submission to ICC, but for anything I might have personally said or done to his honour and reputation or about him in anger, in the course of my struggle for human rights and freedoms, which might have offended Dr Nujoma in any way, manner and fashion, whatsoever!,” Ya Nangoloh said in a statement widely circulated on social media.

He said he has absolutely no personal hatred for or against Nujoma in any respect, private or public.

“I am also apologising to you, Cde Father of the Namibian Nation, in my unwavering honour and memory of Founding Leader of our mighty Swapo, legendary and visionary, late Tatekulu Herman ya Toivo as well as our venerable former President, Cde Dr Lucas Pohamba, and our incumbent President and Commander-in-Chief of our armed forces, Cde Dr Hage Geingob, Omake Vakwetu,” he said.

He further pleaded with Shaningwa to sign his Swapo membership card with immediate effect.

“I would also like you and other Swapo leaders and members to know that I am not, at all, desperate for a Swapo membership card as I have, in any event, already been effectively defending our mighty Swapo against its internal and external enemies without that card,” he said.

Shaningwa at a media briefing on Monday, initially called to welcome Ya Nangoloh back, said, until further notice, Swapo will not proceed with the issuing of a membership card to Ya Nangoloh, pending his public apology.

Ya Nangoloh on Monday told this publication he has rendered an apology towards the Namibian people on behalf of the atrocities caused by Swapo.

“Swapo committed atrocities to its members, and they never apologised for it. I am also calling for other Swapo members to publicly apologise for what they have done to their own people,” said Ya Nangoloh.