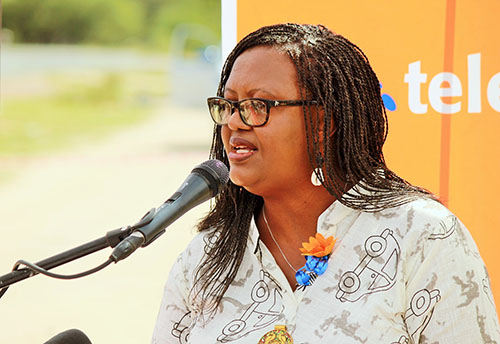 The region strives to become excellent in providing inclusive, equitable, quality education for all, but the Kavango West education directorate is still operating with an incomplete regional office staff complement.

At the moment, there are 175 approved regional office staff positions. Of those, 142 have been filled, while 33 vacancies remain.

These findings are contained in the Kavango West regional profile report for the directorate of education, arts and culture, which was made available on Tuesday during the four-day education conference underway in the capital.

The conference will build on the regional and national consultative processes held in May and June 2022, as well as retrospection on the commitments made in the 2011 national conference on education, and assess targets achieved and those that remained unattained.

The report suggests that although there is a slight increase in the number of schools, the Kavango West population is growing rapidly.

Hence, there is a need to establish more schools, especially in Nkurenkuru town, with a focus on schools with hostels.

“The region is vast with a dispersed population, making it difficult for learners to access nearby schools to ensure access to education for all learners as per the government’s commitment. In response to this challenge, there is a great need for the establishment of fully-fledged primary school hostels in the region,” they recommended.

The dire need was reaffirmed by Kavango West governor Sirkka Ausiku, who said during her state of the region address that they continue to request for the construction of a fully-fledged new secondary school with a hostel in Nkurenkuru.

The Kavango education directorate was established in 2014, a year after the creation of the region.

The regional report also shows that being a newly-established directorate with many unfilled positions means service delivery is severely impeded.

In sub-divisions such as professional development, human resources, planning and development, the directorate is facing challenges due to a shortage of staff members.

“Kavango West is currently the last established and underdeveloped region, with so many challenges. In view of its status, it is supposed to be treated differently in terms of the distribution of resources. Despite being provided with limited resources, the region keeps striving to deliver on its mandate. The region is in dire need of assistance to address the challenges to ensure effective service delivery,” the report stated.

Another issue raised is PSM circular No 25 of 2001, which is not addressing the current needs of staffing norms, especially with the extension of the curriculum, where subject teaching is involved.

Additionally, the regional office is operating in rented facilities, which consume the largest portion of the regional budget.

“Primary school learners in the inland travel long distances to and from schools, and ultimately drop out as there are no hostels to accommodate them,” the report indicated.

Similarly, the same is observed with their transition to secondary schools, as hostels are also insufficient.

Sadly, the region is likewise challenged with a lack of resources units in the region to accommodate learners with different learning disabilities.

The serious shortages of classrooms leads to over-crowdedness in most schools, compromising the quality of teaching and learning; while the lack of furniture such as chairs and desks for learners and teachers was also highlighted.

High learner pregnancies in schools, leading to dropouts for some learners despite the policy in place to keep them in schools, continue to persist in the region.

The Kavango West education directorate thus called on central government to prioritise the construction of hostels in the Kavango West region to cut down on uneconomical schools, and to decrease the learners’ dropout rates.

Ausiku appealed to the education ministry to strengthen their programmes in addressing teenage pregnancies in schools by involving all stakeholders, including parents and community members.