Home / The flaws and scrimmage of legalising abortion

The flaws and scrimmage of legalising abortion 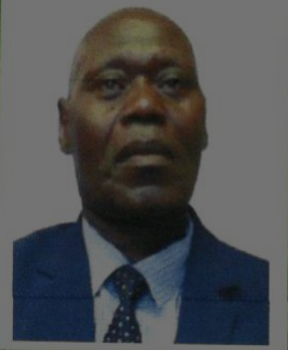 Abortion is not explicitly mentioned in the Bible, which renders it to fall victim of many discourses, as the pro-abortionists view it to be technically correct and advocate for it to be legalised.

It is women at it again – and tomorrow, they might demand for the legalisation of child dumping.

During Biblical times, we start from the fact of cultures for each specific nation and the population numbers.

Life was easy as there were no difficulties as matters stand today, because life was affordable. Because people think that abortion should be legalised, it now renders the evil people to embrace this allegation to fall victim to the logical fallacy of assuming that abortion is not mentioned in Scripture, therefore, the Bible approves abortion.

As the case may be, Scripture does not specifically condemn many other evils by mentioning them each by its name. Issues not listed in the Bible goes on lines of child dump; terrorism; highjacking; child molest; drug use, abuse and misuse; and kidnapping and so forth.

Christians and people with moral values cannot say that they will not oppose these crimes, because they are not listed specifically in the Bible.

Common law applies and this means that Christians, governments and moral people should stand to oppose these evils vehemently.

Governments are finding themselves in the middle of nowhere and are found rubber-stamping wrong things and applying them because certain members of society are found advocating for these evil acts with ulterior motives and say that it is their right.

A right in the Namibian Constitution Chapter 3 touches on every Namibian to have the right to live.

These people advocating for abortion had their life cycle starting with the fetus. Because governments fail to provide their people with basic needs, people go and look for life in pornography; lesbianism; sodomy; homophobia; drug use, abuse and misuse; selling of people; child and human trafficking, etc.

Some use their beautiful daughters as sex workers to earn a living. All these motives are a result of the dismal failing of governments of earth regardless of whether the countries are able to afford life for their people or not.

Sin is what the Bible says on wrongdoing perpetrated on violating the law of God while crimes are mentioned when people violate government laws.

Why are they not doing it on their own? They know that it is evil and inhuman and they want to use governments to legalise the wrong act.

Let them do it on their own, if it is a right. The governments should stand their grounds when such illegal acts are demanded to be legalised and become unpopular for good acts than becoming popular or unpopular for legalising evil things.

In simpler terms, the governments are found standing on the side of evil women and evil men to challenge God who hates such activities. Governments of earth and all its peoples are waiting for their final destruction in that they have fully violated the law of God and the final judgment falls on them as recorded in Revelation 19:17-18: “And I saw an angel standing in the sun; and he cried with a loud voice, saying to all the fowls that fly in the midst of heaven, Come and gather yourselves together unto the supper of the great God; That ye may eat the flesh of kings, and the flesh of captains, and the flesh of mighty men, and the flesh of horses, and of them that sit on them, and the flesh of all men, both free and bond, both small and great”.

In Revelation 21:8, it is recorded: “But the cowardly, the unbelieving, the vile, the murderers, the sexually immoral, those who practice magic arts, the idolaters and all liars – they will be consigned to the fiery lake of burning sulfur. This is the second death”.

For as many as have sinned without law: This is an instance of the strict justice of God, and proves him to be no respecter of persons; for the Gentiles, who were “without law”, the written law of Moses, not without the law of nature in their breasts, nor without some civil laws and statutes of their own; inasmuch as they “sinned” against the God of nature, and the law and light of nature.

Shall also perish without law: not that their condemnation and perdition will be illegal, or not in due course of law; but it will not proceed upon, or according to the law of Moses, they never had; and much less for not believing in Christ, of whom they never heard; but their perdition will be for their sins committed without the law of Moses, against the law of nature: their not having the written law of Moses will be no plea in their favour, or be a reason why they should not be condemned; their persons will not be regarded as with or without the law, but their sins committed by them, to which facts their consciences will bear witness:

And, as many as have sinned in the law: so on the other hand, who have been in and under the law of Moses, and have sinned against it, meaning the Jews: shall be judged by the law; and condemned by it, as they were in this world, and will be hereafter: their having this law will be no bar against their condemnation, but rather an aggravation of it; their hearing of it will be no plea in their favour; nor their doing of it neither, unless they could have done it to perfection; for perfect obedience it requires, as a justifying righteousness, otherwise it curses, condemns, and adjudges to death.

The problem that people fail to understand is that when they fail life, they move on proposing even wrong things to make up for their life. There are those so-called “religious” pro-abortionists, which means in turn that the “Bible and abortion” argument is a mere diversion, not a serious theological discussion. The Bible does not teach “freedom of choice,” “woman’s body, woman’s choice,” “plan your family,” “use your conscience,” or any of the other popular pro-abortion slogans. The Bible says that the body of a human being is a holy temple of God and everything that goes in it should be pure. You inject a drug in your body to destroy a foetus/fetus and that drug you killed an innocent child has side-effects that will fall back on you. The killing of such a child due to drugs injected may cause a woman to be barren. There is, however, the phrase “choose life, therefore, that you and your descendants may live” (Deuteronomy 30:19).