Home / The independence of Africa: real or fallacy

The independence of Africa: real or fallacy 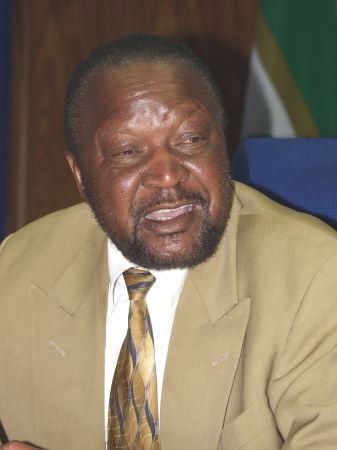 The political independence of African countries will remain a complete sham until Africans are liberated from abject poverty and misery. The basic questions to ask would then be: “Has Africa gotten only political independence or has it gone through complete revolutionary transformation and change?” “Do most African leaders have clear ideological beliefs which guide them in ruling their countries?” Surely there is a difference between independence and revolution.

Independence can mean being free from political control by another country. The independent country may obtain political independence but remain under the same capitalist economic system. However, revolution means a great, total and complete change in society where ways of working, conditions of life, beliefs, politics, idiologies, ideas, etc. have taken place. In other words, a revolutinary change must be so great and affect such a large number of people not only in political life but more so completely change the way people think and act.

There is indeed a lot to be said but what some people do not know and appreciate is that the protracted liberation struggle of Swapo was not only for overthrowing and toppling the South African colonial regime from power in Namibia. In fact, we wanted total revolutionary change in the country and to make sure that our oppressed but fighting people are liberated from poverty underwhich they were forced to live by capitalist systems. To achieve these goals it was clearly stated in the Swapo political programme that Swapo will create a “classless, non-exploitative society based on the ideals and priciples of scientific socialism”.

However, as fate had it, the time we were about to start with diplomatic negotiations for obtaining our independence, the world history got into extreme negative developments, particularly when major crises plagued the socialist countries that were helping us during our protacted liberation struggle and they reverted to capitalism under new revisionist leaderships. These developments negatively affected the triumph of the glorious wars of resistence for national liberation, particularly in Africa, since socialist European countries which effectively supported and contributed to the struggle of the colonised Africans to free themselves from colonialism immediately stopped such support under revisionist leaderships.

At that critical time when Namibian liberation forces started negotiating for the independence of their country, the western capitalist countries which all along, during the destructive and colonial rule of our country and during the protracted heroic liberation struggle of the oppressed Namibian people, and had the audacity to side with and support the inhumane and draconian South African regime, all of a sudden decided to use these changes to get fully involved in the negotiations. Their clear aims were to infuence such negotiations in favour and interest of a capitalist world. They came out with the so-called constitutional principles which for all intents and purposes were intended to impose a capitalist state in Namibia. As far as these western countries were concerned there could be no democracy without capitalism which would give capitalists unhindered freedom to exploit resources of underdeveloped countries.

As Lenin once stated that: “Imperialist bourgeoisie bribe a section of the leadership of the working class, the opportunists of the aristocracy, so that the struggle of the working class are subverted from within and led away from the revolutionary path,” – so did the five western countries decide to do to our struggle.

One thing we have to know is that surely the imperialists are experienced and very smart experts in subverting people’s revolutionary struggle. They will always try hard to bourgeoisify a part of the working class and some aristocrats and intelligentsia so that such development would neutralise and negatively affect revolutionary forces and the struggle of the proletariat.

In order to protect the capitalist interests the political and legal systems are intended to always have a governmental system in place which main purpose will remain the protection of capitalist’s interests, and is legally and politically entrenched.

The rapid increase in unemployment under capitalist economies will negatively affect the leaders’ intended realisation of their goals of attaining better standards of living for people and will lead to failure to improve our peoples’ purchasing power and the economic development of the country. This negativity under capitalist systems will therefore lead to sharp social conflict which will provoke and influence undesirable national economic development and bring about social instability. That is the reality of a capitalist system.

Land, water and resources below and above the surface of the land and continental shelf and within territorial waters and the exclusive economic zone of Namibia, will belong to the state if they are not otherwise lawfully owned (Article 100). As if this is not disappointing enough there is not a single article in the Namibian constitution which deals with land repossession, restoration, redistribution and restitution to the people of the country who were made landless and who fought for independence.

This is very serious and upsetting because the people of Namibia had fought to liberate their country and regain control of their land including their ocean and its resources but because of the imposed so-called constitutional principles, all these can only belong to the state if they are not otherwise lawfully owned by those who have afforded to get such indispensable common heritage.

As much as it can be argued that in accordance with article 98 of the Namibian constitution, the economic order of Namibia shall be based on the principles of a mixed economy whereby the state shall have ownership of public industries on behalf of the whole community, the capitalist system prevails and overshadows the state-owned industries.

It must be stated here that under socialist systems the socialist countries had succeeded in achieving national reconstruction and industrial development which easily absorbed the entire working class into economic structures and industries. There was no unemployment in those socialist countries and all people could afford to have bread on the table. But after those countries reverted to the capitalist economic system, unemployment rose in those countries and some people need food supplies. Recently it was shown on Emmanuel TV how TB Joshua supplied food parcels to Ukrainian people who in the past during socialist systems never suffered from hunger and did not need food parcels from any other country.

Therefore, under capitalism, although capitalist countries may have superiority in funds, technology and science they will never overcome the influential inherent inequality and unemployment which some of the working class have thus perpetuated the class struggles and poverty of the unemployed.

In that sense, African countries which were forced into maintaining capitalist economic and political systems will, for a very long time, remain underdeveloped and the fallacy that there will be developmental progress and elimination of unemployment soon, will never happen.