Home / TransNamib executives ‘must pay back the money’

TransNamib executives ‘must pay back the money’ 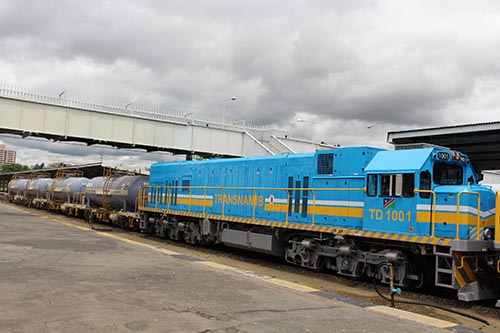 The Ministry of Public Enterprises or the TransNamib board should consider instituting disciplinary action against employees and executives who failed to meet their performance indicators.

The recommendation is contained in a leaked dossier compiled by audit firm, Ernst & Young (EY).

The forensic report lays bare a myriad of irregularities at the rail entity - ranging from ineffective and inadequate utility costs to dodgy contracts and manipulated lease agreements.

Last year, Nampa reported that the over-compensation of non-performing executives was one of the major issues at the struggling entity. Each executive is believed to be taking home no less than N$100 000 in monthly salaries, a vehicle allowance of N$15 000 and N$6 000 in fuel allowance.

The executives were also paid performance bonuses. This is despite the fact that there is no performance management system in place.

Now, EY wants the TN board to go after these executives. “MPE and/or the board could consider recovering the ostensibly irregular and unauthorised payment of performance bonuses from the relevant beneficiaries,” reads the recommendation.

The selective implementation of the company’s performance management policy has also been questioned.

Chiefly, TN’s executive for properties Alynsia Platt is named as an ineffective executive at the cash-strapped entity.

“The oversight and management of the TN property portfolio were found to be ineffective and inadequate. We could not place any reliance on the property, asset register, property valuations or the contract administration,” the firm found.

It also observed that TN has made little progress in downsizing or rightsizing its employees, the main cost driver at the parastatal.

Additionally, the oversight and management of TN’s utility costs were found to be ineffective and inadequate.

The auditors could not obtain any evidence to suggest that utility accounts were being challenged by TN and that necessary corrections and/or adjustments were affected against the outstanding amounts due in favour of TN in this regard.

EY could also not find reliable information to suggest that the necessary monthly oversight is performed by the “executive to ensure that the revenue and utility costs due to TN are reconciled against a reliable property revenue budget and collected”.

EY further found many inconsistencies in respect of how lease amounts for properties were determined.

Inflationary and other cost implications were not factored into the annual rent increases.

“We could not find evidence to confirm that regular property inspections were conducted.”

Lease agreements were found to have been manipulated, it added, noting this happened under the auspices of the property management executive.

TN received a dose of prescriptions to address some of its underlying weaknesses.

Standing out is for the rail company to conduct a more comprehensive investigation focused on all rail transport agreements for the last three years.

This is aimed at establishing the extent of possible revenue losses and other irregularities.

What TN owns (asset base) remains a mystery.

As such, it must conduct a wide-ranging investigation focused on its property portfolio to validate the property register, property valuation, lease agreements, tenants/occupants and establish possible revenue losses.

The troubled rail operator must also shift its attention to acquiring the most cost-effective prices possible to enhance its revenue generation and collection. This would be realised through a strong collaboration between commercial, marketing and corporate services.

“Only once all of the abovementioned pillars are in place and TN has successfully and in a sustainable manner managed to turn their negative balance sheet position around, one would have expected the introduction of some of the mentioned inanities,” said the firm.

Earlier this year, the report was submitted to former public enterprises minister Leon Jooste for input, after it was supposed to head to the national anti-graft body for possible criminal prosecutions.

“I do feel that it is necessary to share with the public as much as possible,” Jooste, who resigned in March, said at the time.

Since taking charge of public enterprises, TN has been one of Jooste’s main headaches, in which he faced the daunting task of reforming TN into a profit-making entity.

Now defunct, the MPE resorts under the Ministry of Finance as a mere directorate.