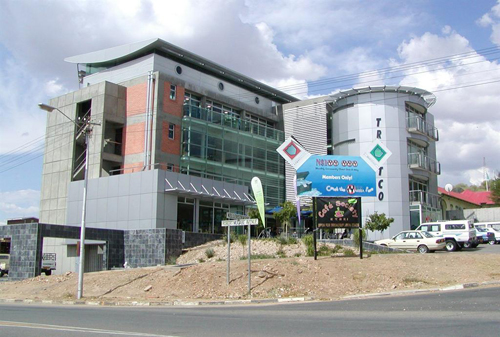 The Trustco Group Holdings normalised headline earnings decreased by between 141% and 121% resulting in a headline loss of between N$225 million and N$114 million compared to the headline earnings of the audited results of N$550 million.

The group in its trading statement ended 30 September 2020, revealed that the headline earnings per share (HEPS) in terms of the normalised results decreased by between 130% and 110% resulting in a headline loss per share of between negative 19.13 cents and 6.29 cents compared to the positive HEPS of the audited results of 64.21 cents.

Commenting on these results, Salomo Hei, the Head of Research at High Economic Intelligence, said this is a difficult trading period for Trustco. He noted that the resulting loss is massive and translates in huge loss of between N$225 million and N$114 million.
Hei added that as a big company that holds much of public interest, there is a need for it to focus on how to turn the numbers around for the next period. “These are big figures and not sure where and when recovery will come. However, there’s a need to do a more comprehensive analysis of the financials,” said Hei.

A decrease in basic earnings in terms of the normalised results by between 142% and 122% resulted in a loss of between N$233 million and N$122 million compared to the earnings of N$559 million.

Earnings per share (EPS) also decreased by between 130% and 110%, resulting in a basic loss per share of between negative 19.82 cents and 6.78 cents compared to the positive EPS of the audited results of 65.21 cents.
Meanwhile, the Namibian economy continued to operate in a recessionary environment with a quarterly gross domestic product (GDP) contraction for the year recorded in the third quarter (-10.5%), as the effect of the Covid-19 pandemic became evident in the country’s economic decline.

According to the Bank of Namibia’s economic outlook issued in December 2020, the negative Namibian economic growth for 2020 is expected to be 7.3% before recovering to positive growth of 2.6% and 3.2% in 2021 and 2022 respectively.
Due to the recessionary environment, exacerbated by the Covid-19 pandemic and delayed development plans, a downward valuation adjustment on the investment property portfolio of Trustco group, including property held for sale of close to N$300 million was made.

The portfolio consists of 4 053 hectares of real estate assets which the group considers to be of a very high quality with substantial long-term value to be unlocked.

“Due to the Covid-19 pandemic and its uncertain impact on earnings and loan recoveries as experienced globally, the group has provided more than N$500 million as part of its IFRS 9 credit loss allowance in lending businesses,” stated the statement.
More than N$200 million in foreign exchange gains were recorded in other income as a result of the US Dollar and Namibian Dollar exchange rate adjustments by the reporting date.
- mndjavera@nepc.com.na