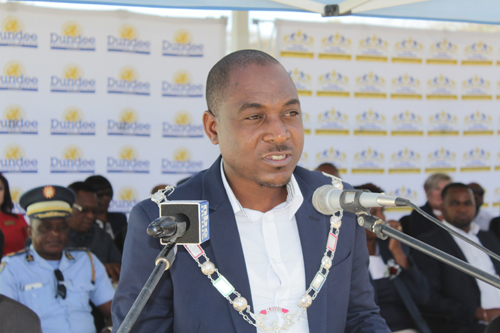 Over two years after former Tsumeb municipality CEO Alfeus Benjamin left the local authority for Swakopmund, the town is yet to appoint a substantive administrative head.

Current mayor Mathews Hangula had promised in 2018 that Tsumeb would have a new CEO by April 2019.
However, the status quo remains despite the position being advertised several times. Approached for comment this week, Hangula said the recruitment of a new CEO was completed on their side and that the ball was now in the court of the urban and rural development ministry to pronounce itself.

“We have already done interviews and selection on our part, and the recommendations were forwarded to the urban and rural development ministry for ministerial approval.
Therefore, we are still waiting for a response as to when the minister will pronounce himself,” he stressed.
Approached for comment, the ministry’s executive director Daniel Nghidinua said the matter is being attended to but declined to shed more light.

“The matter will be finalised soon, but I cannot say exactly when. Similarly, I cannot say there is a delay rather, all steps in the recruitment process had to be covered before the minister takes the final decision,” briefly said Nghidinua.
The Tsumeb municipality falls under category A local authorities, with a CEO salary pegged at around N$447 979 excluding other fringe benefits.

New Era understands the salary package has in the past discouraged potential candidates from taking the job. In 2019, a director employed by the Oshikoto Regional Council is said to have rejected the offer due to the remuneration as it fell short of her earnings at the time.
In the absence of a substantive CEO, finance manager Karolina Damases has been acting for the past two years.

However, some officials at the local authority have questioned the decision to allow one official to act over a two-year period.
This allegation has been dismissed by Hangula. “Council is not obliged to change or rotate acting persons and it’s not stated anywhere. Therefore, council made the decision that if the acting individual is able to perform, he or she can carry on until such a time a substantive CEO is appointed,” he explained.
- osimasiku@nepc.com.na