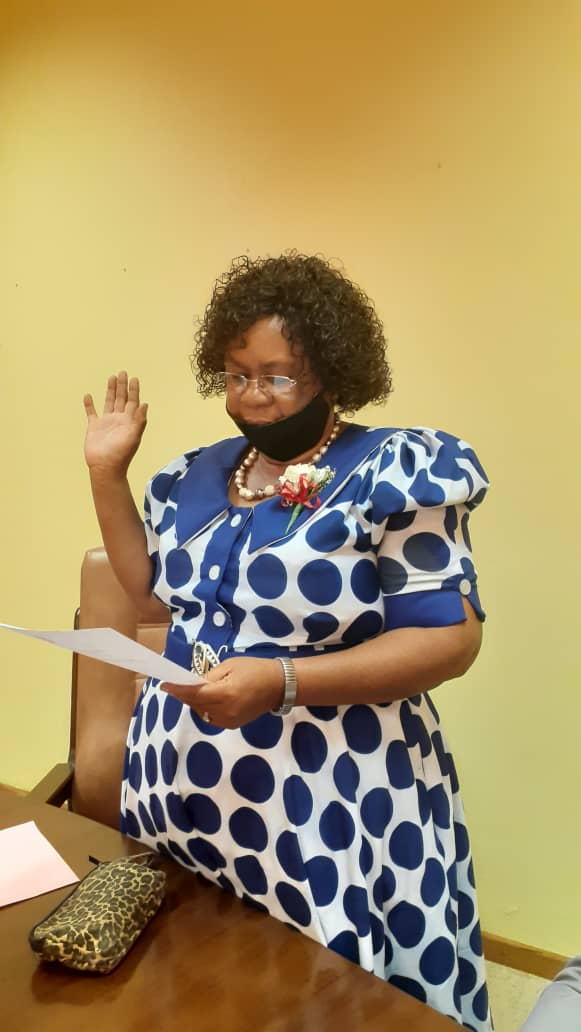 OMUTHIYA – The Tsumeb municipality is reeling, following the death of the town’s management committee chairperson, Ingenecia David, who died on Wednesday, following a short illness related to Covid-19.

Her demise was confirmed by the mayor, Mathews Hangula, who described the late David as a dedicated colleague and a friend, who played a pivotal role in council operations and overall service delivery to the community.

The late David, a Swapo member, served on Tsumeb’s council for six years.

“I have no befitting words to say, as I am shocked by the sudden death of my fellow councilor. She was a dedicated soul, determined to carry out her duties. The comrade was a friend to all and an enemy to none. It was a great loss indeed. I wish the David and Hamunyela families, as well as the Tsumeb municipality and community, strength as we go through this dark cloud that has befallen
us,” said Hangula.

Meanwhile, Independent Patriots for Change (IPC) councilor Absalom Uukule said David was like a mother to him, having mentored him through the lines of local authority operations.

“I still had a lot to learn. She was a good mentor and colleague, irrespective of the political affiliations. We really lost a courageous and able soul,” he said.

The Tsumeb council has been plagued by a number of Covid-19 cases, with the majority of the councillors having been in isolation for the past three weeks.

“I, therefore, urge our people to adhere to all the regulations and protocols in order to win this invisible enemy. It only begins with us to win this fight and no one else; neither the medical personnel nor medications will be able to help if we are negligent and careless in protecting ourselves,” stressed Hangula.