Home / Vaccine drive crawls along...it is time to roll up your sleeve

Vaccine drive crawls along...it is time to roll up your sleeve 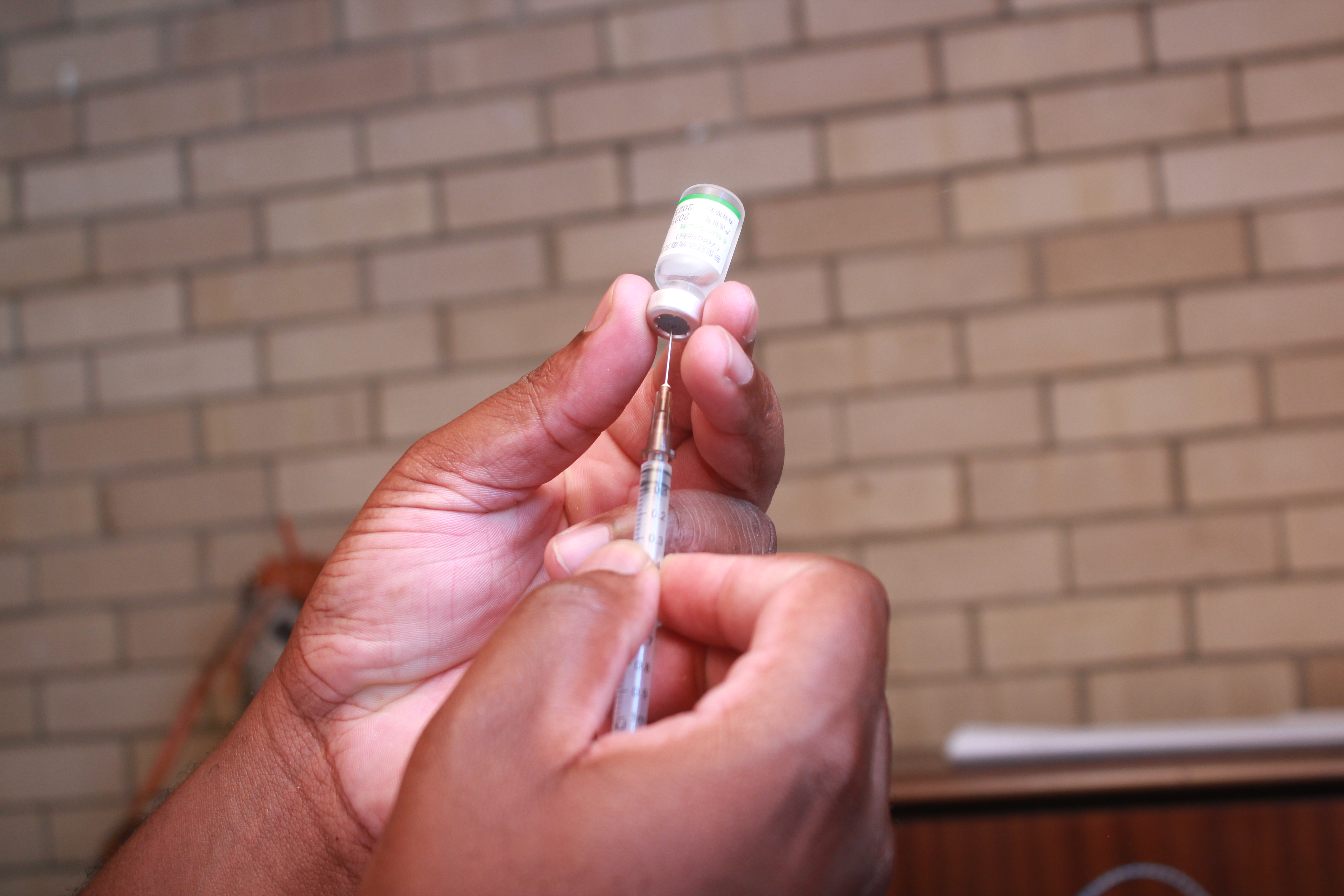 Many Namibians are still hesitating to get Covid-19 doses amid sharply rising new infections, much to the disappointment of health workers, who are struggling to contain the deadly third wave.

Namibia seeks to vaccinate at least 60% of its population in order to achieve herd immunity against the devastating pandemic.

But the country’s vaccination drive faces an uphill battle as vaccine apathy, fuelled by conspiracy theories and misinformation, continues to affect the uptake of Covid jabs across the country.

The latest statistics show that over 2.3 billion Covid-19 doses have been administered globally, while 480 million people were fully vaccinated. Only 6.2% of the global population has been fully vaccinated, with developed economies such as China and the United States of America leading the charts.

Locally, some commentators have squarely blamed government for the lack of inclusivity and poor messaging when it comes to Covid-19 vaccine awareness campaigns. As at yesterday, a little over 17 000 people have been fully vaccinated in the country, despite the launch of the campaign exactly three months ago.

As misinformation and conspiracy theories about Covid-19 vaccinations thrive, vaccine hesitancy has become rife and the public has noticed that the absence of an effective communications strategy from government has hurt Namibia’s chances of emerging from the pandemic anytime soon.

Discussions on social media, in shebeens, taxis and homes are dominated by the coronavirus and the havoc it left in its wake in Namibia, especially during the last few weeks. While the Covid-19 national response consists of 12 pillars, which include risk communication and community engagement, there has been an outcry on social media platforms with demands for more visible vaccination campaigns from the ministry of health and the ministry of information. Simon Kanepolo, president of the Students Union of Namibia (SUN) said “the information people are receiving is not directly from central government. It is either story-telling from somebody, or propaganda from conspiracy theories.”

He added that formidable and direct information from government lacks since the vaccination rollout kicked off on 19 March 2021. “There is no effective strategy in terms of disseminating that information, unlike campaigns around TB. It used to be effective, and everyone knew,” stressed Kanepolo.   Others have called for intensified campaigns to be organised, the same way elections would, with vaccination points and basic information about the benefits to be accrued.

The Namibian government had initially won admiration for its communication after the first few cases were detected in March 2020. The Government Information Centre was established and handled twice daily updates, including on weekends. The daily updates were later reduced to once during weekdays, which was streamed and broadcast live on various platforms of both the public and private media.

However, the national broadcaster’s staff going on a month-long strike from April 2021 all but scuppered that centre, which has been dormant since mid-April. Professor Admire Mare, a media lecturer at the Namibia University of Science and Technology (NUST), believes that communication around vaccines is not as effective as people would want it. There is very little information coming out, with a need to resuscitate discussions around the vaccination through the government’s Covid centre.

“It is very important that the communications systems need to be revamped and capacitated to deal with issues related to vaccines, especially at this point in time,” said Mare.

Meanwhile, the health ministry’s executive director Ben Nangombe told New Era that they have been developing messaging means and have also brought various stakeholders on board made up of religious and community leaders, elected representatives, the youth, the private sector and the media.

“We are saying more needs to be done. We need to reach out more to different demographics so that we can spread the message to all corners of the country,” observed Nangombe.

Three weeks ago, an engagement was held with spiritual leaders, where views were exchanged, and most importantly, ideas on how to specifically deal with the question of vaccine hesitancy.

“The campaign is ongoing; people must look out for flyers that are going to be distributed, and messaging in the form of audios and videos,” said Nangombe. Wanting to bring more people on board and needing all hands on deck, he urged Namibians to take up the responsibility to help spread the correct message. He advised the youth that if they have any ideas to contact the ministry. There is thus a need to combat the fake news and conspiracies surrounding the vaccination, as this undermines the efforts being made. “It leads to a situation where we are witnessing more people getting hospitalised because they are not vaccinated, and that is not what we want to see. We want to see Namibians acting responsibly, and also obtaining information that they need from authentic sources,” continued Nangombe.

He pleaded with the public to be mindful, and to do everything that they can to dispel wrong notions. “Vaccinations are designed to protect the population, and that must be seen in that light,” he said. Health minister Dr Kalumbi Shangula even suggested this week that government might consider incentivising those who choose to get vaccinated against Covid-19.

Mbeuta Ua-Ndjarakana, the executive director (ED) in the ministry of information, reassured the public that his ministry, the health ministry and other stakeholders are meeting to devise a communications strategy and campaign. “The chiefs are hard at work generating that information. I can’t say when it will be rolled out, but very soon,” he said, adding that the public should change their focus from wanting to be tested to being vaccinated, because that is the only way to go.

“Test yes, you will know your status. But when you are vaccinated, eventually you are going to increase your capacity for your body to fight the virus,” said Ua-Ndjarakana, reiterating that the public should heed the call for vaccination. “It is voluntary, but when something is voluntary, it doesn’t mean it must not be sensible,” he reiterated.

Regarding the government information centre, which was housed at the Kovambo Nujoma Community Hall, Ua-Ndjarakana said it is in the process of being relocated to the Namibia Press Agency (Nampa) headquarters.

“We have a few technical issues in terms of converting the space to a broadcasting venue. Hopefully in two weeks, we should be done… up and running,” he added.

All measures will be used to reach out to the nation, including using indigenous languages, as they are key to national campaigns, the ED said.