Home / Warriors to remain in isolation

Warriors to remain in isolation 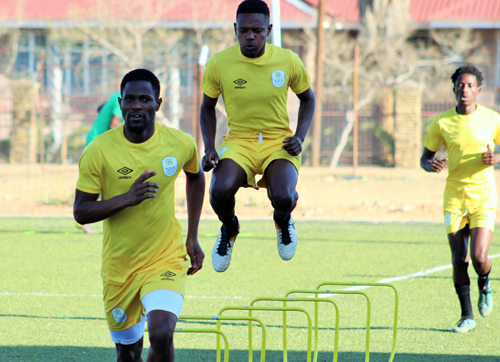 Local players and technical staff, called up to represent the country at the upcoming African Nations Championship (Chan) finals slated for Cameroon later this month, will remain in isolation until the travelling party is retested for Covid-19, Namibia Football Association secretary general Franco Cosmos said yesterday.

After the routine tests were done on 29 December 2020, 10 players and one technical staff member tested positive for Covid-19. The NFA immediately activated the relevant protocols that include isolation and calling off group activities temporarily.
Speaking to New Era  Sport  yesterday, Cosmos said the team remains isolated for now. He added the team will be tested today, which will then place them in a better position to comment on the way forward.

“The team remains in quarantine for now until another test will be done – that’s tomorrow (today), so from there, we will be in a good position to tell you the way forward. As for now, there isn’t anything planned or so,” said Cosmos.
Cosmos also said with the team being under isolation, possibilities of them taking part in the pre-CHAN finals preparatory tournament in Rwanda, involving the host and DR Congo, has now dwindled.

The preparatory tournament is slated for 7-11 January, while the CHAN championship will start on 16 January until 7 February.
“Yes, the pre-CHAN preparatory tournament has been affected because we won’t be sending players that are affected by the virus. However, when we are done doing our final test, we will fly straight to Cameroon for the main competition,” he said.
- mkambukwe@nepc.com.na