Home / Youth in aviation share love for the sky 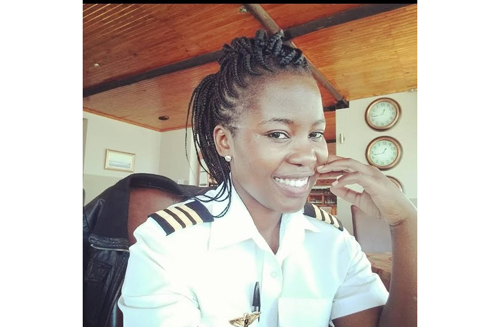 The recent liquidation of the national air carrier Air Namibia left more than 600 individuals jobless, but now that it is the beginning of the year, one would want to tap into the world of young people in aviation to find out why they specifically chose this field and what it means to them.
Youth Corner reached out to more than 50 young aviators but many are still emotional about the thought of losing their jobs as a means of survival while others were patriot not only to the industry but the company that they didn’t hold back to convey their love for the bird of the sky and overall flying the Namibia flag high.
- psiririka@nepc.com.na

First of all, we all need to pay bills, but being a flight attendant is a lifestyle, allows you to pay bills and live a luxurious life.
We won’t deny that it’s being a glorified waiter in the sky having to serve passengers who can be difficult and making sure they are safe on the flight but the upside, you get discounted tickets that can make you travel the world, you get to sleep in good hotels and experience other parts of the world.
Shopping abroad too. A good part is that you don’t get to work every day and life’s always an adventure.
That’s what I will forever cherish about the industry.

Aviation to me means “hope” because it was in the year 2000 and only nine years old, I watched on TV a rescue mission of a mother going into labour.
It was at that moment when all hope seemed lost as she was surrounded by water everywhere, a rescue helicopter came to the rescue and airlifted both mother and child to safety.
Right there at that moment, I knew I wanted to be a pilot and have the opportunity to serve.
Aviation mostly made me realise that the sky is not the limit but that of endless possibilities.

To me aviation means life. I joined aviation because I saw a fighter jet take to the skies, a surge of adrenaline rushed through my veins as I experienced such pulchritudinous.
At that very moment my unceasing dream of becoming a pilot was manifested as the pleasure it brings me is endless.
Since that day, aviation has meant freedom, to be thousands of kilometres away in an hour and still be home by dinner.
It’s been a privilege to exercise this glorious service, safely and with the utmost passion, to open new markets to businesses and allowing people to explore Namibia in all its glory.
Aviation has meant meeting other people who stare skywards when they hear the sound of a jet, look up and see our national pride soar.
There are no words to define the beauty seen from above, views so unattainable from the ground.

I initially joined the aviation industry because of its exponential growth and it’s out of the norm appeal.
My love for pushing boundaries and doing the unthinkable made this the perfect industry for me.
Later, it also became about eliminating stereotypes and rewriting the gender norms that have wrongly been solidified in the industry.
Now, it’s about telling the story, and making sure the generations to come know that anything is possible, and every dream is achievable.