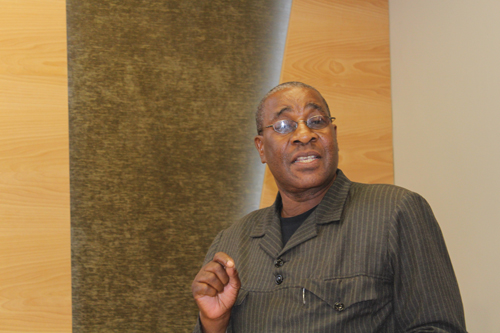 Although early rain showers have brought much relief to farmers, Zambezi governor Lawrence Sampofu has warned of early flash floods in the Kabbe South constituency.

Every year as the rainy season draws to a close, the Zambezi River pushes over its banks along its upper reaches in Zambia.
In an interview yesterday, Sampofu confirmed the region received good rains.

However, he said some roads in the Kabbe South constituency have already been cut off and no vehicle has access to those areas.
He said some parts of Kabbe South which are not accessible by road are Nankutwe and Muzii.
“We anticipate early floods this year. We are cautioning livestock farmers to start moving their animals to higher grounds and not wait until the situation gets out of control,” he warned.

He said the Zambezi regional leadership is monitoring the situation of rainwater arising from the Zambezi River.
“We are ready in terms of tents and amenities for schools if floods worsen,” he noted.
Due to heavy flooding experienced in the Zambezi, many schools in the Kabbe flood-prone areas have been cut off. It remains unclear how the situation will be in the next weeks when schools resume for the 2021 academic year.