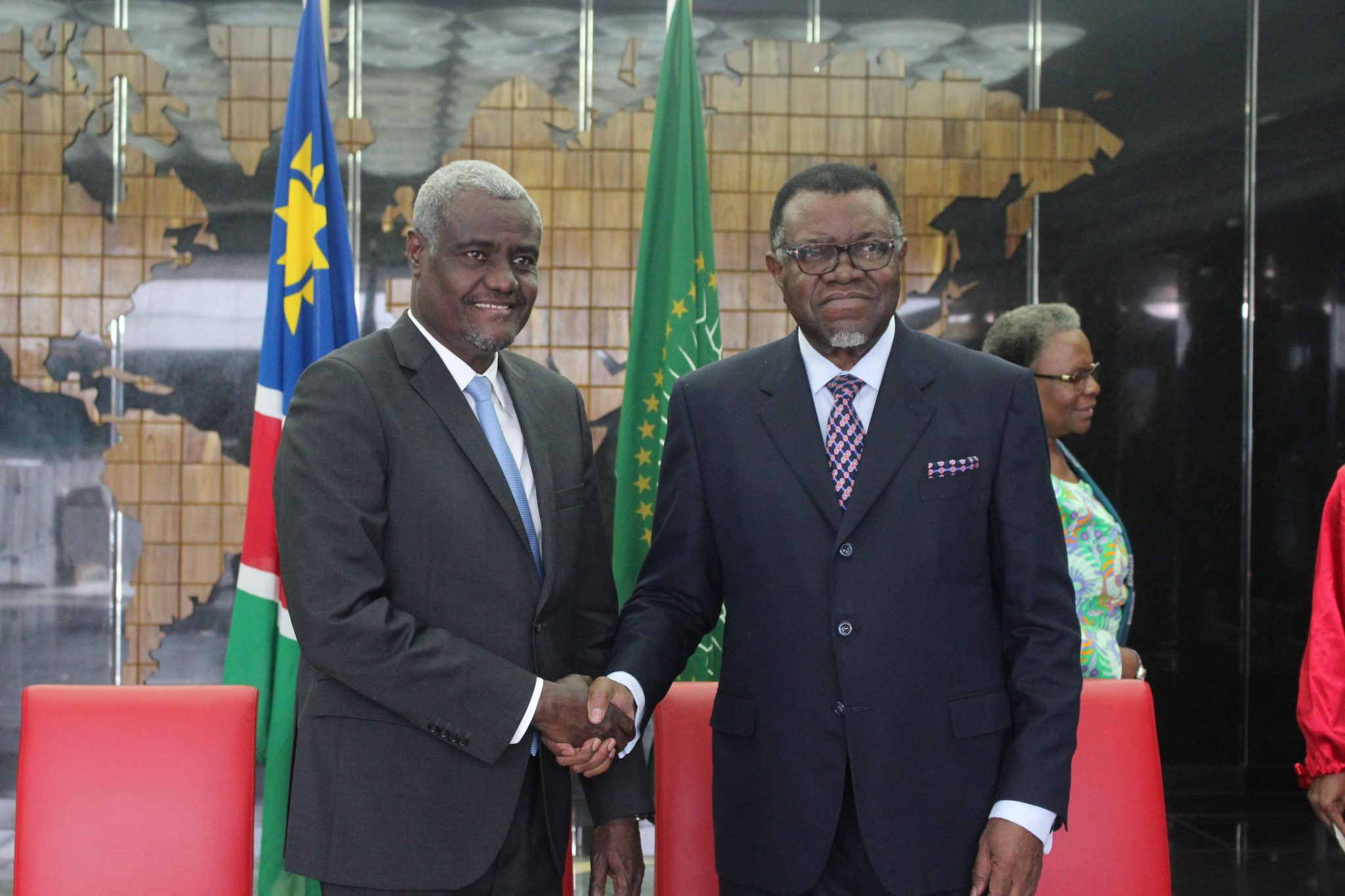 President Hage Geingob has congratulated Moussa Faki Mahamat on his re-election as chairperson of the African Union (AU) Commission for a second term.

The 34th Ordinary Session of the Assembly of African Union (AU) on Saturday re-elected the Chadian politician as chairperson for another four years.

Mahamat contested unopposed and will be deputised by Rwanda’s Dr Monique Nsanzabaganwa.
Geingob, in his congratulatory message on Saturday, said Mahamat and his team can count on Namibia in the collective endeavours of an Africa that is peaceful and prosperous.

He also congratulated Nsanzabaganwa on her election as the commission’s deputy chairperson, saying he is confident that with Mahamat and Nsanzabaganwa, “a fresh mandate and a team of able commissioners, they will continue to advance Agenda 2063 and the Africa we want”.
Mahamat is a Chadian politician and diplomat who has been chairperson of the African Union Commission since 2017, whereas Nsanzabaganwa is a Rwandan economist and politician who served as deputy governor of the National Bank of Rwanda since 2011.
Meanwhile, the Heads of State and Government of the AU have elected Democratic Republic of Congo (DRC), President Felix-Tshisekedi as the new chairperson of the AU for the year 2021.

The event took place on Saturday during the 34th Ordinary Session of the Assembly of the Union, holding virtually under the theme: “Arts, Culture and Heritage: Levers for Building the Africa We Want”.
Tshisekedi is taking over the baton of command from South African President Cyril Ramaphosa, who has on Saturday concluded his term as the chairperson of the AU for the year 2020.