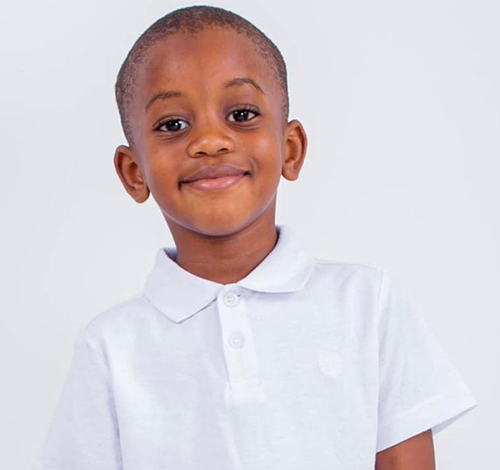 The Charles Anderson Combined School in Ongwediva has been left “devasted” after the sudden death of a grade 1 pupil, who was struck by a car while he was being picked up by his father.

Seven-year-old Simon Tangomwene Hamunyela died after he was hit by a Ford Ranger pickup. The tragic incident has been described as devastating by school principal Festus Imalwa.

“The driver did not see the child. It is not true that he was driving roughly; he was not driving fast. People should stop creating stories about others; it was not his intention to bump the child,” the principal said.

This horror unfolded on Monday afternoon when the victim’s father Toivo Hamunyela went to pick him up from school.

“He and other children jumped into my car and sat waiting for me to drive. I suddenly got an urge to drink some water.  I was so thirsty that I decided to get out of the car and drink some water inside the school. I left the children in the car,” the distraught father recounted.

“As I walk towards the school, I found one learner, whom I asked to get me water from the tap, but before he could hand me the bottle of water… I heard a big bang behind me. I could hear his body being dragged under the car.”

He said he ran back to the road, while some learners were shouting his son’s name, saying he was bumped.

“I tried everything that I could, but my boy was already gone. It is painful. I still can’t believe this. I should have driven when they first got into the car,” he added.

Some parents who came to pick up their children from the school said the children ran from the car to go buy ice from a vendor opposite the school.

Police officers at the scene called on motorists to always drive with caution when passing the schools, especially during peak hours.

He also called on motorists to give the right of way to pedestrians, namely school children crossing the road. “You cannot drive fast in such areas; there are many learners moving,” a police officer said.

Parents also complained of the speed humps that are far from each other, yet there is a pedestrian sign, warning drivers to slow down.

However, Imalwa said no one would drive fast in such an area, as there are too many children moving around. “The driver and the child’s father are both parents of children at our school, and they know each other before,” he added.

Imalwa expressed his deepest sympathy and sincere condolences to the Hamunyela family. According to Oshana police spokesperson Frieda Shikole, the driver was taken to the police for alcohol testing and questioning.

He was later released.