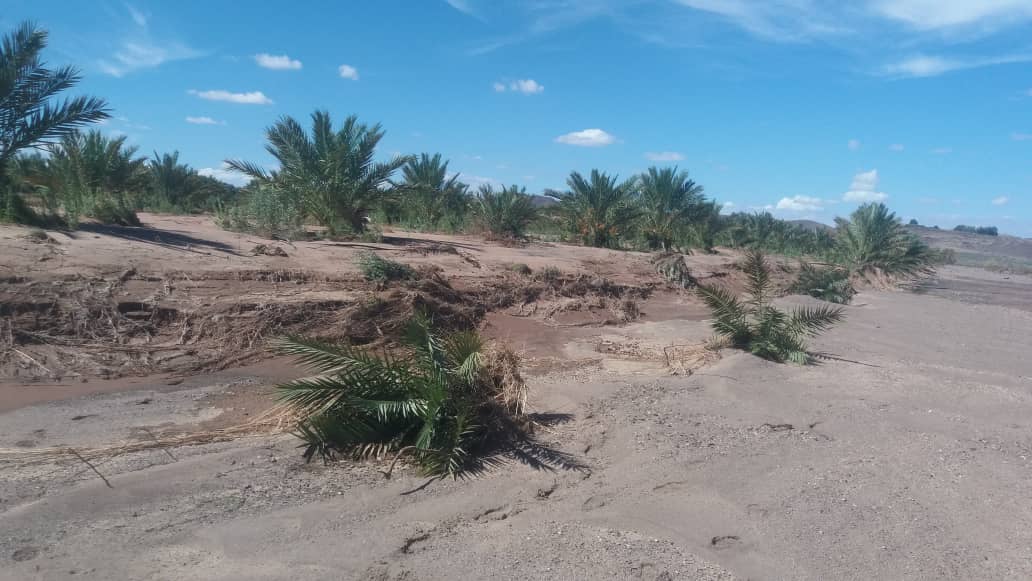 KEETMANSHOOP – An acting manager at the Naute irrigation project outside Keetmanshoop said this year’s harvest will be affected in some way due to the desludging of the Naute Dam following heavy rains in recent weeks.

“With the masses of water released from some gates of the dam, water supply to the fields and farm have been constantly interrupted and furthermore totally cut off since last Thursday afternoon,’’ Simon Akwenye told New Era in a brief interview.  He went on to say some irrigation pipes have been severely damaged and washed away due to the flooding.
Akwenye continued that some of the trees did not receive water since last Monday due to the damaged infrastructure irrigating the land.

“As a consequence, the quality of the fruits will now be negatively effected come harvest time, which might have some financial implications on income to be derived from the produce,’’ he said.
Akwenye also added it was mainly some of the young date trees that have been washed away in the process.

“Some of these trees, however, already bears fruits, making it a waste at the end,’’ he expressed out of concern.
Akwenye said they are now busy determining the exact nature of damages caused, and water pipes will be repaired or replaced soonest.
Harvesting of fruits at the project will take place towards the end of this month or early February.  - sklukowski@nepc.com.na