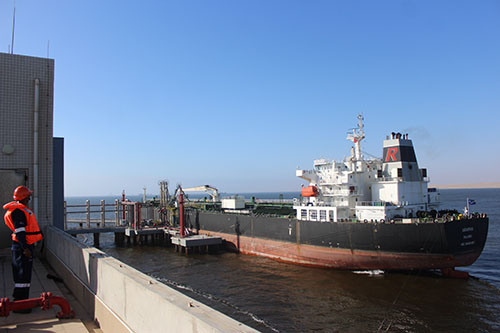 The International Monetary Fund (IMF) said the Russia-Ukraine conflict is a major blow to the global economy that will hurt growth and raise prices.

Namibia is one of the countries reliant on oil imports, with the devastating results having been felt with historically high fuel prices.

This brought Walvis Bay petrol prices to a whopping N$20.40 per litre and diesel N$21.43 per litre.

This resulted in a trade deficit of N$2.9 billion, a significant improvement of 37.3% when compared to the deficit of N$4.6 billion recorded in February 2022.

Going forward, Namibia has been warned the Russia-Ukraine conflict might be a factor that will cause the country’s overall deficit because of its dependence on international oil markets.

Russia and Ukraine are major commodities producers, and disruptions have already caused global prices to soar, especially for oil and natural gas.

Food costs have jumped, with wheat, for which Ukraine and Russia make up 30% of global exports, reaching record prices.

Namibia imports about 96% of wheat and 50% of maize consumption, with the two products in high demand as staple foods.

Record wheat prices are particularly concerning for the African region that imports around 85% of its supplies, one-third of which comes from Russia or Ukraine.

According to IMF, just as the continent was gradually recovering from the pandemic, this new war crisis threatens that progress.

“Many countries in the region are particularly vulnerable to the war’s effects, specifically because of higher energy and food prices, reduced tourism and potential difficulty accessing international capital markets,” reads the IMF report.

It further stated conflict arises when most countries have minimal policy space to counter the effects of external shocks.

“This is likely to intensify socio-economic pressures, public debt vulnerability and scarring from the pandemic that was already confronting millions of households and businesses,” the IMF predicts.