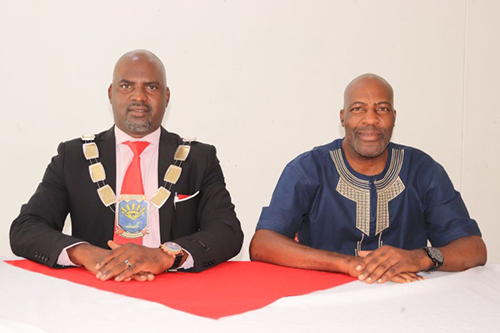 RUNDU – The Rundu Town Council has apportioned blame for the town’s disastrous roads on the community of Kaisosi, saying contractors appointed by the local authority have been denied access by locals to a borrow pit where they source gravel.

The town’s spokesperson Benjamin Makayi said they are unable to re-gravel some bad roads, nor to upgrade some sandy roads.

In 2014, the Rundu Town Council established a borrow pit north of the Kaisosi informal settlement along the Vhungu-vhungu gravel road to extract gravel material for construction and maintenance of roads in Rundu.

In 2016, an organised group, Kavangara agriculture project, chased out council from the area where the borrow pit was established, claiming it as their crop field and ancestral land.

“When council wanted to make use of the borrow pit in 2020, the contractors were chased out by the Kavagara and Kaisosi suburb committees. These issues were reported to the council’s political leadership for an intervention – but to this end, [there are] no results on the matter. They only allow a private contractor to extract gravel because they are being paid but not town council,” Makayi noted.  Makayi said, last December, the mayor, Gabriel Kanyanga, held a meeting with the concerned group of Kaisosi on the issue of the borrow pit but was unsuccessful, as the mayor was unable to come to terms with the community.

“The appointed contractor cannot go ahead with the maintenance of our roads without a source of gravel, which is the borrow pit that the community are denying council and the contractor from getting gravel,” he said.

“This is complete sabotage to the development of the town and will delay the implementation of the allocated funds. If the issue is not resolved soon, the council will have trouble with road-related maintenances and upgrades; these are efforts from the community to discredit the efforts of council, which is trying to bring the much-needed development to the town,” Makayi noted.

Makayi said, earlier this month, the council handed over a project to a contractor, who is supposed to upgrade and do maintenance on several gravel roads around town but fear the project might be delayed due to conflict with some Kaisosi community who do not want council to obtain gravel from the borrow pit.

“With this project in Kaisosi, about 4.1km of the road is supposed to be gravelled, 5km Kehemu, 2.1km in Safari and Ndama 1.5km of the road while Nkarapamwe and Millenium Park, a combined 3.5km, 1.5km in Sauyemwa and about 4.2km in Kasote – and these are being delayed due to lack of gravel material,” he said.