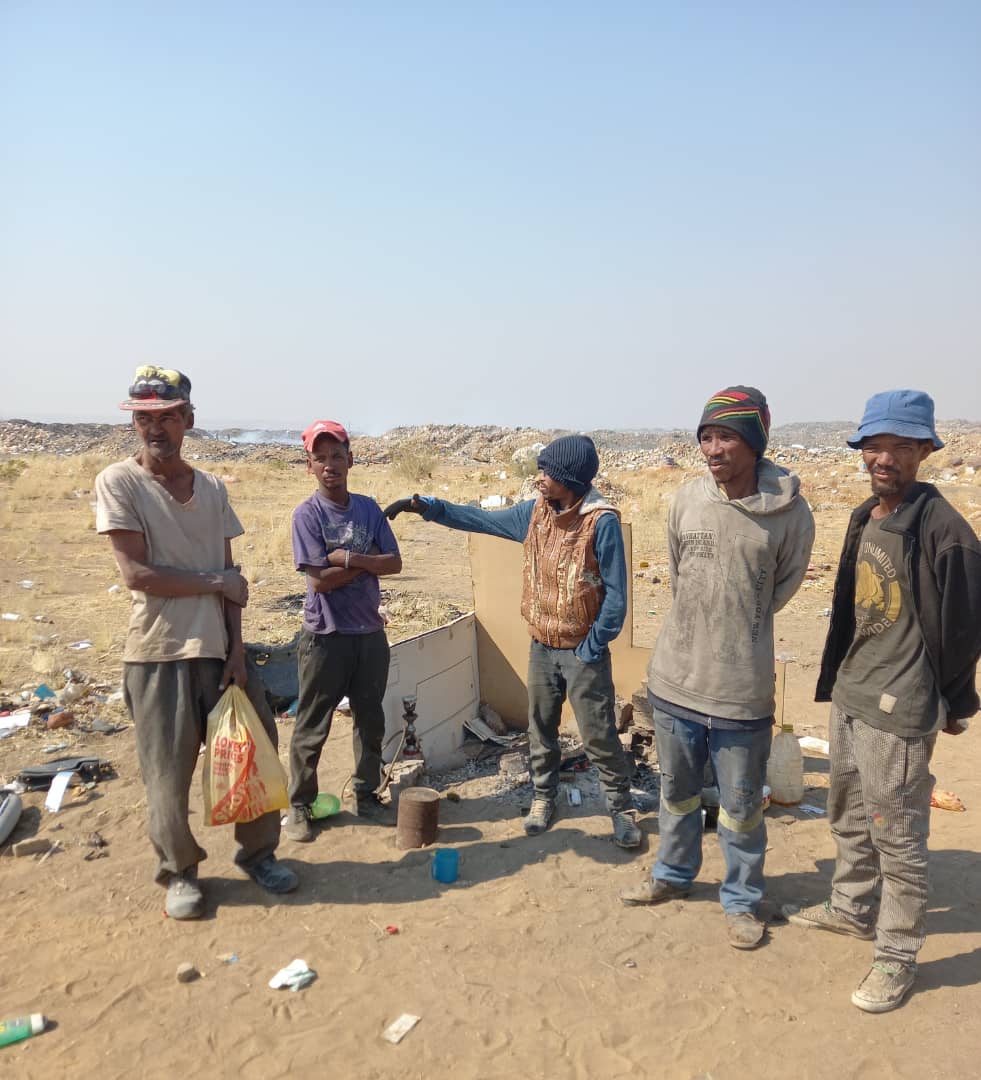 KEETMANSHOOP – A Keetmanshoop resident who lives at the town’s dumpsite said it is quite disheartening that fast food outlets and grocery shop owners prefer to sell expired products to pig farmers instead of giving it to the poor and hungry in town.

When New Era visited the site on the outskirts of the town last week, Charles Vries (36), who has been staying at the dumpsite for the past three years said, “one can almost reason that pigs receive better treatment than us human beings.”

He added they are facing starvation daily as they are only depending on scavenging through goods being dropped off by residents.

“We are gathering empty bottles, tins and scrap material here daily, selling it for a meagre income in town to at least buy the most basic foodstuff,’’ he narrated. Vries continued lady luck is, however, not always on their side, forcing them to often sleep on a hungry stomach.

“We are fortunate to be allowed to fetch water from kind-hearted residents staying near the dumpsite, so that we can cook and drink,’’ he said.

Vries also said during the freezing winter nights, they share the blankets and whatever other material available to cover themselves.

“We do, however, live here as a family and during the night around an open fire, we share the food we managed to buy during the day,’’ he added.

He also said they used to do casual jobs like cleaning yards but with the devastating effects caused by the coronavirus, it is not happening as often as before.

Ignoring the health risk, Vries called on fast food outlets and retailers to consider donating expired, but still consumable food and products to them, instead of pig farmers. He also pleaded with the government to address their plight, as it seems they are only good when it comes to voting for leaders during elections.

When approached for comment, Maureen Molelekeng, area coach for KFC outlets in Namibia said they used to give expired products to pig farmers but it is now discarded at dumping sites.

“These products, like [discarded] chicken, are not fit for human consumption as it can cause food poisoning,’’ she cautioned.

Molelekeng said they need to follow preparation procedures to ensure that their products are served fresh to customers.

“The chicken is cooked in a drop oven for a minimum of one hour and once some pieces take longer, we have to discard it as well as chicken not sold the previous night,’’ she said.

Keetmanshoop Rural councillor Gerrit Witbooi, under who the dumpsite resorts, when contacted, said he was not aware that there are people residing at the dumpsite.

“My charity group will visit the site soonest and after giving me feedback, I can do an analysis as to how my office can address the plight of these less fortunate residents,’’ he said.