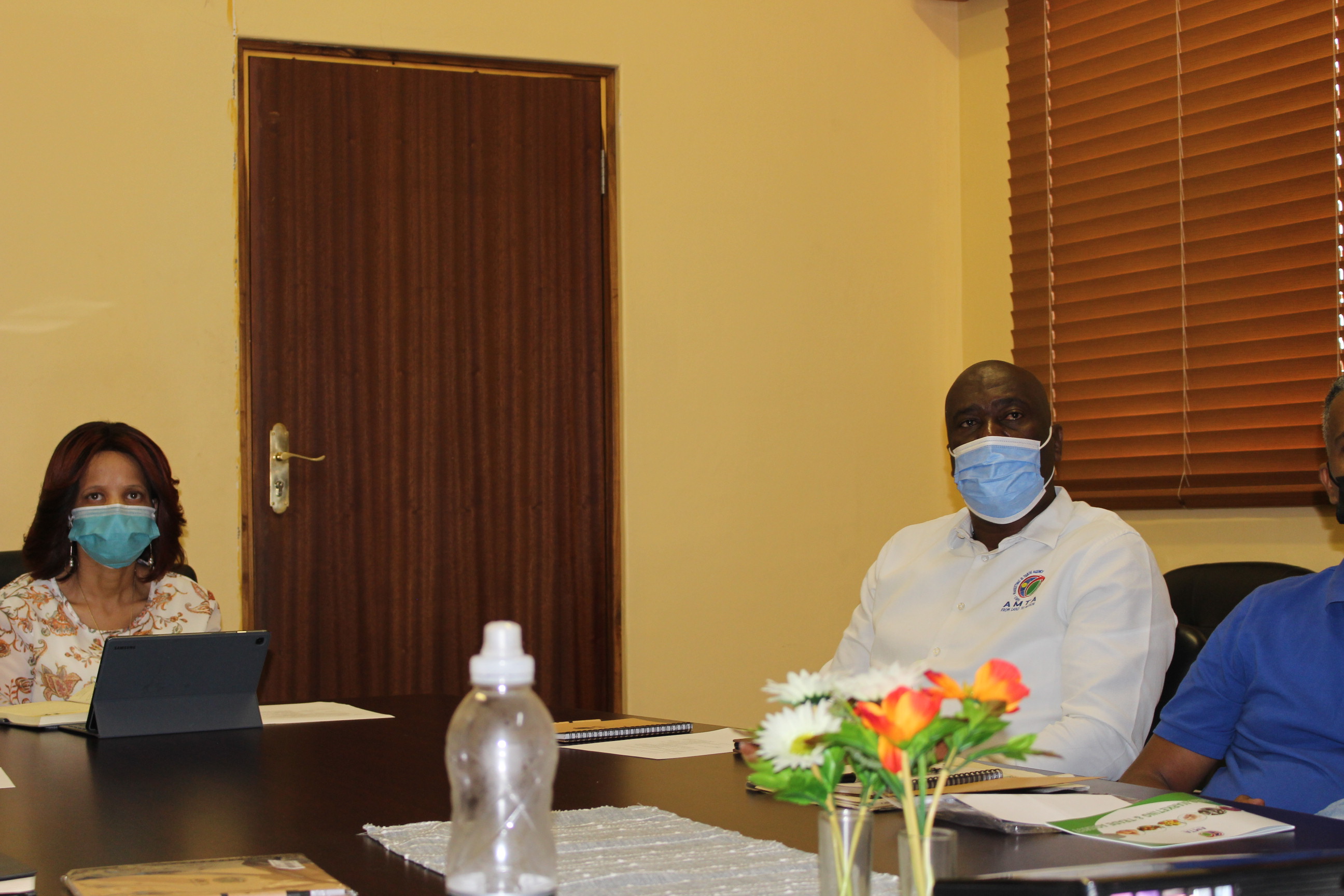 KEETMANSHOOP —The Agro Marketing and Trade Agency (Amta) is visiting the //Kharas region to encourage small farmers trade their produce with the entity, who will in turn sell it to offices, ministries and agencies at better prices.

Amta managing director (MD) Lungameni Lucas said during an engagement with farmers’ unions and local authority councillors Monday that they aim to create a database on small scale farmers in the region in terms of what they produce and their capacities.

“Government is paying millions of dollars annually to suppliers for vegetables, fruit, fish, chicken and meat, to mention but just a few, whilst these farmers can now sell their produce through Amta to these institutions at better prices, and in the process empowering them into a better financial position,” he suggested.

It was revealed at the meeting that organisations and ministries on estimate procure consumable supplies with an estimated value of more than N$570 million annually.

The MD said currently, some farmers are facing the challenge of not being able to sell their produce at supermarkets because by law, any person selling produce to large outlets should have a barcode in place.

Lucas explained that the benefit of such barcode for Amta is that should they find produce not conforming to specifications, the entity can easily trace such a producer. Amta will, if satisfied that farmers’ produce are in demand and furthermore in conformity to all specifications (size, weight, quality, type of fertilizer used, etc.), draw up an agreement with the farmers.

These farmers will then be subjected to a cropping programme as per a production control list whereby regular visits will be paid to them on the progress of production during the growing stage.

Lucas also said they will be in consultation with farmers in order to ensure that markets do not get saturated.

“In principle, we will advise farmers to only grow and concentrate on produce in demand at a specific time and also through this intervention prevent all of them growing the same produce, but rather diversify,” he explained.

In terms of value addition to produce, he said, the entity is planning to produce a powdered form of relish, consisting of by-products from vegetables, fish and chicken. “This nutritious soup powder formula can then supplement government food programmes when the other food stuffs handed out, apart from maize meal, get depleted in order to provide a balanced meal,” he continued.

Asked on when Amta will open a fresh produce hub in //Kharas, he replied that the regional leadership should just establish where they want such hub to be set up, taking into consideration the proximity of producing farmers as well as other logistical issues and the economic spinoffs such as employment creation and poverty eradication, as well as economic viability. Namibia cannot meet its demand for consumables like vegetables, fruit and chicken with local supplies only and still needs to import shortages from outside.

Farmer Julian Bloodstaan told New Era the area he is farming has ample groundwater which is ideal to grow fresh produce.

“With this noble deed from Amta, we as farmers must now actively answer to the demand for produce in order to also help others struggling by providing employment to them,” he said.

“Our farmers should now be serious and grow products in demand in order to grab this opportunity with both hands,” he stated. Amta is a state-owned enterprise resorting under the Ministry of Public Enterprises. Its mission is to facilitate the marketing and trading of agricultural produce and furthermore promotes food security in Namibia through two main streams, namely grain and fresh produce.