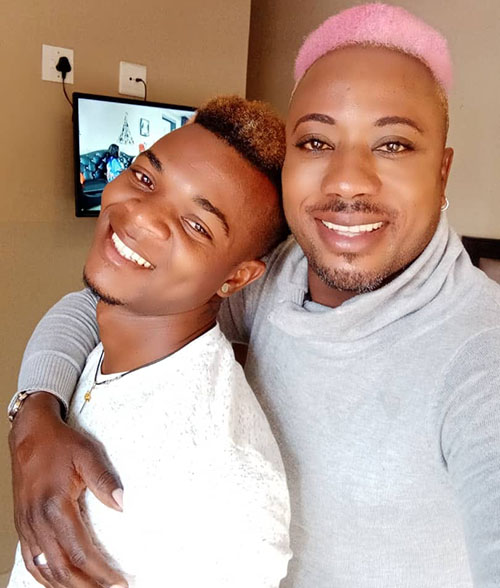 The prosecution is alleging he tried to kill his husband Hamutenya by stabbing him multiple times with a knife. The incident occurred on Monday at the couple’s home in Katutura. During court proceedings, prosecutor Victoria Thompson informed the court the State is objecting to Jeremiah being released on bail in fear that he might interfere with ongoing investigations.

Jeremiah informed the court he will engage a private lawyer for his case “I am currently in police custody and my family during a visit informed me that the complainant does not have a problem with me,” said Jeremiah.

However, the court informed him that he can advance his pleading of being released on bail by launching a formal bail application.  The court then postponed the case to 11 February 2022 for further police investigations and legal representation.

Jeremiah was arrested on Monday following a domestic dispute between him and Hamutenya over a cell phone. Speaking to New era, Hamutenya said he was stabbed four times by Jeremiah following the fallout, after he bought a Samsung Galaxy cell phone for Jeremiah even though he initially wanted the latest version of the similar phone, which is currently fetching N$15 000 on the market.

He explained on the day in question, while they were on their way home from their businesses, Hamutenya received a text message from an unknown number that reads “I miss you, when can I see you?”

Jeremiah apparently then accused him of having intentions of giving the phone he initially wanted to the unidentified message sender, leading to another domestic skirmish between the two.

The fight allegedly erupted while they were in the kitchen. Jeremiah grabbed the phone, smashed it against the wall, and accused Hamutenya of cheating on him. He then later attacked Hamutenya.

Hamutenya ran to the bedroom and locked himself in but Jeremiah broke the door down and forced entry to assault him.  Jeremiah inflicted four stab wounds on Hamutenya with a knife, resulting in him being hospitalised. The couple has been dating for six years after marrying each other in South Africa a little over a year ago. They have since adopted a son.