Banking sector liquidity down in December 2020 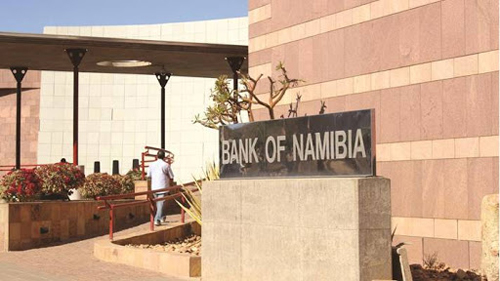 The overall liquidity position of the banking sector decreased notably during December 2020. Central bank figures show liquidity balances held by commercial banks decreased by N$1.1 billion, month-on-month, to an average of N$1.2 billion in December 2020.
According to the most recent money and banking statistics report from the Bank of Namibia (BoN) the decline in liquidity was mainly due to periodic corporate tax payments to government.

Liquidity is defined as the holding of liquid or cash deposits by commercial banks with the central bank (i.e. their balances on the settlement account plus BoN bills minus repo balances) and their liquid balances held with South African banks.

Furthermore, overall annual inflation rose slightly in December 2020 from 2.4% in December 2020, relative to the 2.2% recorded in the preceding month. The main contributors to this rise in inflation were food and non-alcoholic beverages, alcohol, beverages and tobacco, and education during the period under review.

The chief executive officer of Namibia Statistics Agency (NSA), Alex Shimuafeni, said the inflation for December slowed from 2.6% recorded in December 2019, while monthly, the inflation rate was stagnant compared to 0.1% recorded a month earlier.

The slow growth in the annual inflation rate for December 2020 was mainly as a result of declines in the price levels of clothing and footwear from 0.5% to -6%, housing, water, electricity, gas, and other fuels from 1.9% to -1.3% and transport from 2% to -1.3%.
Overall for the year 2020, Shimuafeni indicated that the average inflation rate slowed down, registering an increase of 2.2% as compared to the 3.7% increase witnessed in 2019.
– mndjavera@nepc.com.na