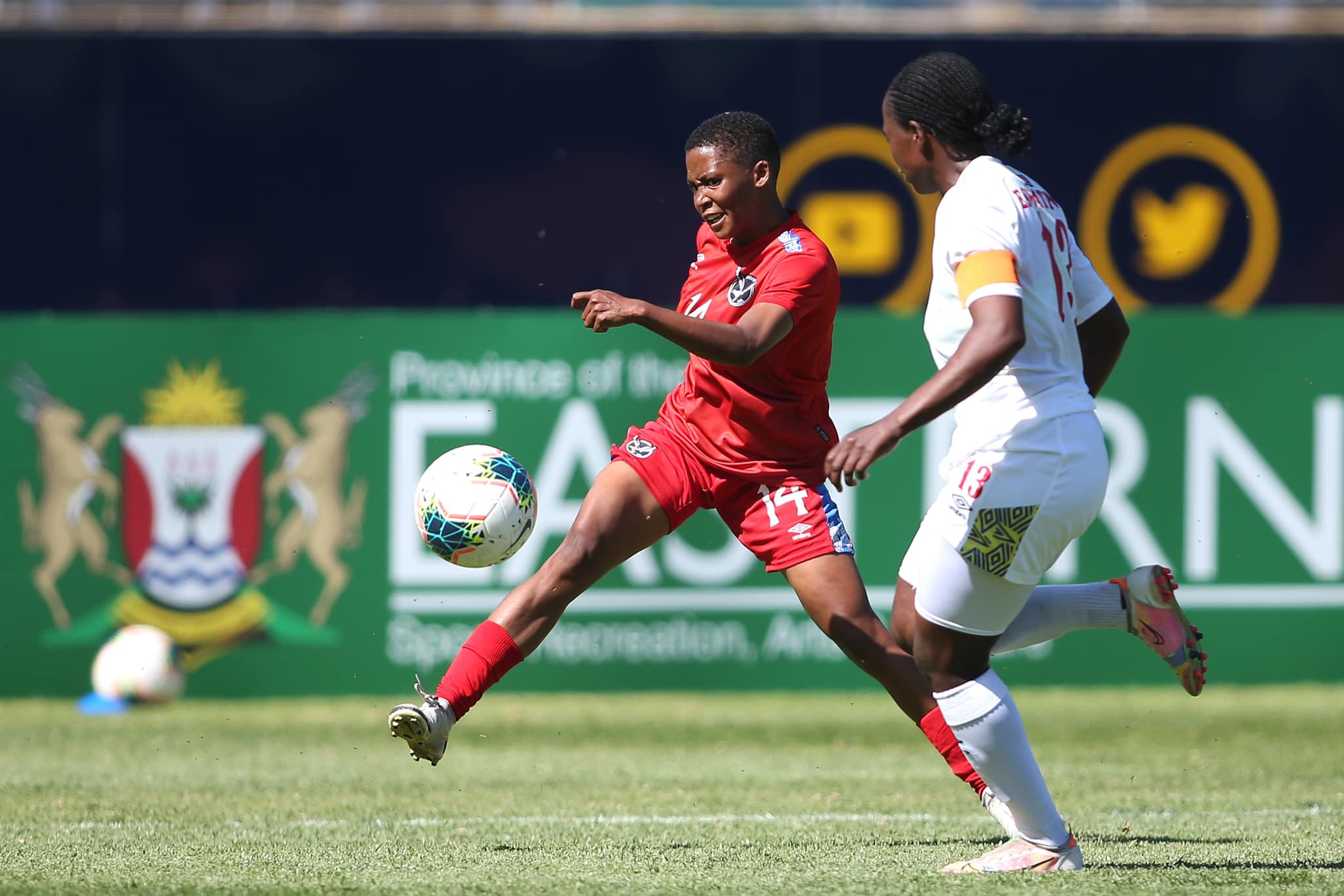 Namibia’s Brave Gladiators, who lost their 2022 Cosafa Cup opening match 2-0 against the Copper Queens of Zambia last week Thursday, yesterday displayed absolute panache to brush aside a hapless Eswatini side by an emphatic 5-1 win at the Madibaz Stadium in Nelson Mandela Bay, South Africa.

Yesterday’s win came as a crucial turning point for the Gladiators and their head coach Paulus Shipanga equally admitted that the win will play a pivotal role in boosting their morale ahead of tomorrow’s final group match against Lesotho. Gladiators who are in group B with Zambia, Lesotho and Eswatini.

Two goals from Ivonne Kopper and one each from Vewe Kotjipati, Memory Ngonda and Zenatha Coleman were enough to earn the Gladiators a well-deserved 5-1 win over Eswatini.

“Not the 100% product that I wanted but at least we got the goals we wanted although we could have gotten even more goals. The match was a bit frustrating but the girls played very well and we executed the game plan as we wanted and now the morale will go up ahead of our next match [tomorrow against Lesotho],” said Shipanga, who added that they will return to the drawing board to tighten a few screws as they aim to avoid making silly mistakes in their next encounter.  Also speaking after the match, Coleman, who was chosen Player of the Match, said it was a very important win that helped revive their confidence, especially after losing their opening match to Zambia.

“We give credit to the team and the coach, we started off very well and we just needed to come back and win the match for ourselves and our country so that we remain in contention for the next round, which we want to reach,” said Coleman.