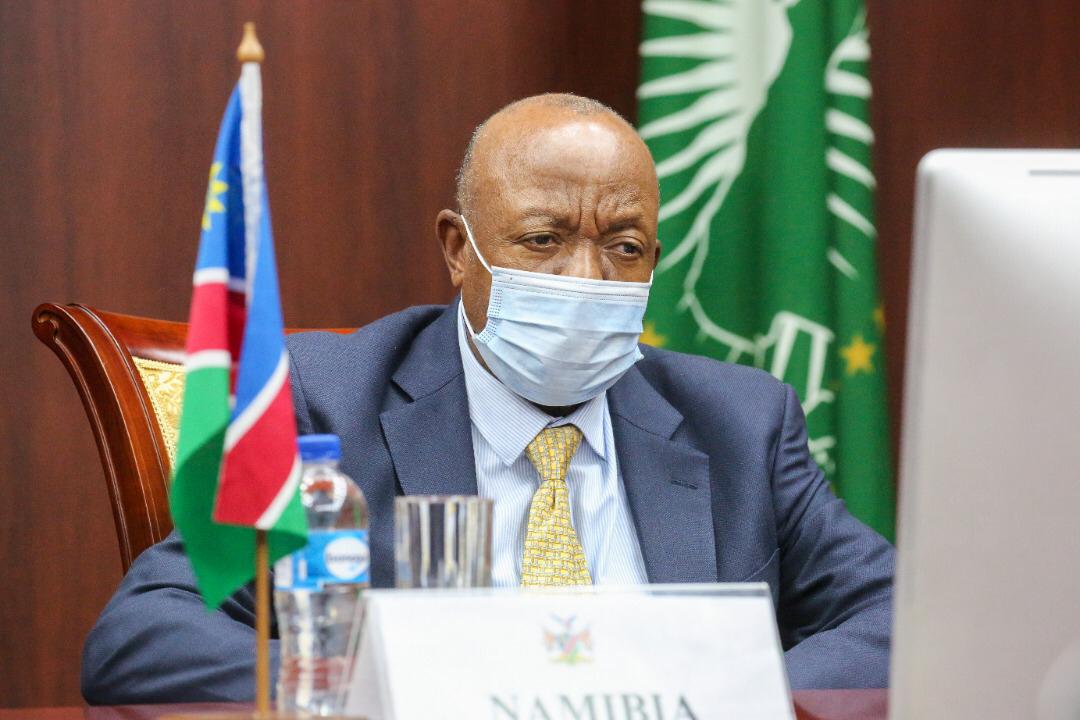 Vice President Nangolo Mbumba has called on African leaders to safeguard the continent’s indigenous languages, saying language is a central and integral part of African culture and identity.

Mbumba made this call on Saturday during the virtual 34th Ordinary Session of the African Union Assembly of Head of States and Government held under the theme: “Arts, Culture and Heritage: Levers for Building the Africa We Want”.

“We should safeguard our indigenous languages and give them due priority at all levels of education from early childhood development to tertiary levels, across our continent,” Mbumba said.

“Culture is vital in building social cohesion within a diverse population, as well as sustaining peace, which is a precondition for development,” he said.

The VP said the inclusion of a specific section dealing with arts and culture in Namibia’s National Development Plan (NDP) is a clear testimony that the country recognizes the fundamental role that heritage and culture play in human development both as an enabler and a driver of sustainable development, in particular for women and the youth.

“The arts, culture and heritage industries have over the past few years emerged as alternative sources of employment in Namibia and significant means to assert the people’s national identity, supported specialised national institutions in these areas,” Mbumba said.

He said art, culture and heritage bring economic benefit in the form of commercialisation or commodification, including through cultural tourism, as well as music and film production and distribution.

“The national and traditional cuisine of any country is an integral part of its culture, with significant economic benefits,” he said.

Mbumba said in Namibia, the recognition, respect and valuation of artists, innovators and cultural practitioners as well as the country’s indigenous knowledge systems, innovations and practices, are continuously enhanced.

In order to ensure that maximum benefit is derived from the arts, Mbumba said culture and heritage innovations, intellectual property laws are enforced at the national level in line with the relevant conventions of the World Intellectual Property Organization (WIPO) as well as the Universal Declaration on Cultural Development (UDCD).

He said the country is also in the process of revising its, Copyright and Neighbouring Rights Protection Act 6 of 1994, to ensure sufficient protection for creators, particularly in the digital environment that characterises the world today.