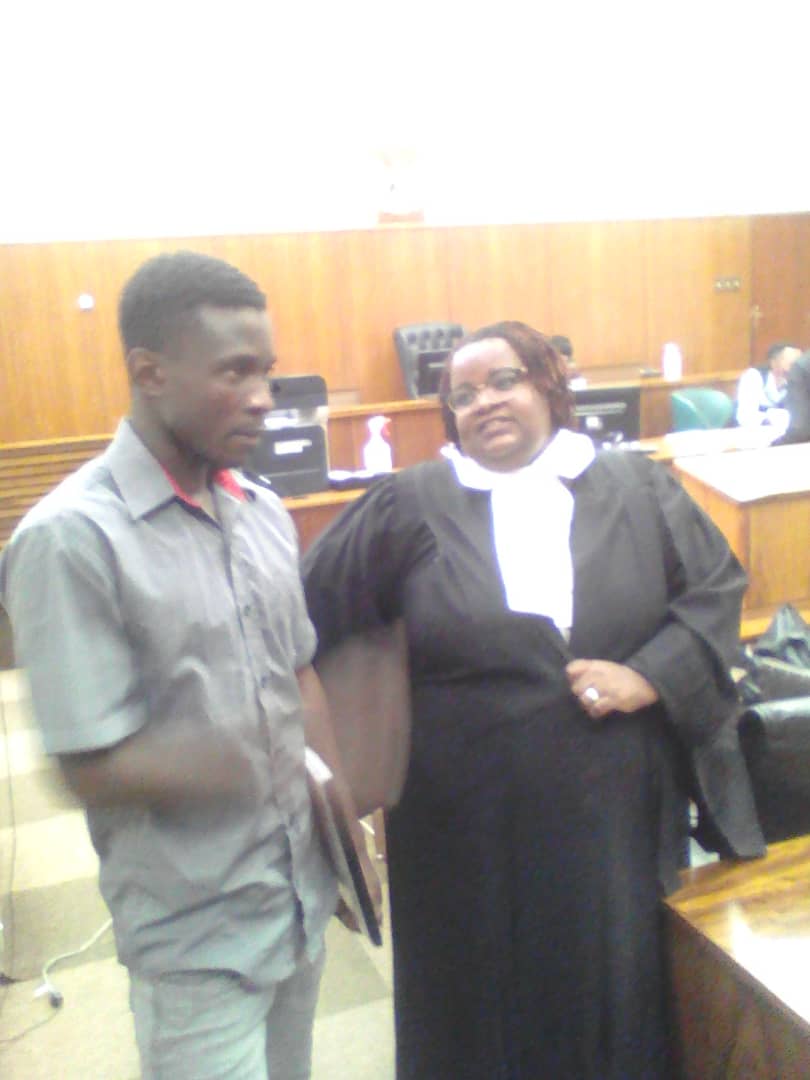 The mother of a woman who was allegedly murdered by her boyfriend in a fit of jealousy, yesterday asked Windhoek High Court Judge Naomi Shivute to send her daughter’s killer to prison for life.

“I want the mother of the accused to feel the way I do,” a tearful Frieda Khamuxas told the judge.

She further said that the deceased left behind an eight-month-old infant and she is the one who takes care of the child who is now three years old. She, however, denied claims by the accused that he is the father of the child.

State advocate Ian Malumani asked the court to show no mercy to Robert Funny Useb, a 24-year-old Outjo resident convicted of killing his 19-year-old girlfriend to an effective 35 years in prison.

Useb was convicted by Judge Shivute, of murder with direct intent, read with the provisions of the Combating of Domestic Violence Act, of the killing of Selma Khamuxas by stabbing her at least five times all over her body on 29 March 2019, at a bar in the Soweto location of Outjo.

Court records indicate during the period in question, the accused and deceased were involved in an intimate relationship. According to the indictment, on that night, they were socialising at a bar and the deceased was talking to other men and requested her ex-boyfriend to buy her some alcohol.

This angered the accused who took out a knife and started to stab the deceased all over her body, it is alleged. The indictment further reads that the deceased then tried to run away and the accused chased her and continued to stab her. It is further alleged that after Useb stabbed the deceased at least five times, other patrons at the bar came to her rescue and subdued the accused. She died due to hypovolemic shock due to the multiple stab wounds whilst being transported to a nearby hospital.

According to Malumani, the public is fed up with the rising instances of murders committed within a domestic setting and is looking to the courts to impose strict sentences to curb this worrying trend.

“Namibian women are brutally killed by men who are supposed to protect them, who they say they love,” Malumani stated. He said Useb has no respect for the right to life and did not show the tiniest measure of remorse.

Meriam Kandoni, his legal aid lawyer pleaded with the court to blend the sentence with a measure of mercy. She said he is relatively young and a good candidate for rehabilitation and could become a productive member of society once released from prison. While a custodial sentence is unavoidable, she said, the court should not impose a sentence that will break him.

According to her, murders within a domestic set-up involve extreme emotions running from deep anger, jealousy and even revenge and society doesn’t know how to deal with these emotions and resorts to violence to express their hurt. She further said the murder was not planned, but was on the spur of the moment. Kandoni asked the court for a sentence of 20 years imprisonment.

Judge Shivute indicated that she will deliver the sentence on 19 April.