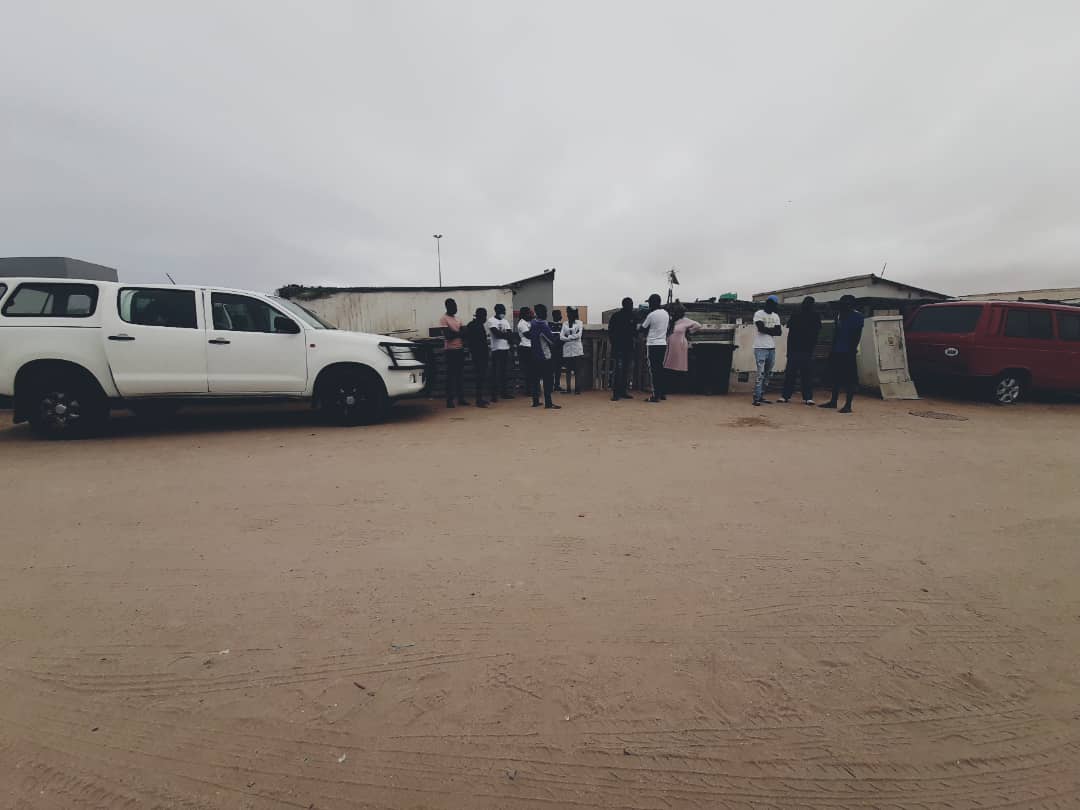 WALVIS BAY - A 33-year-old Walvis Bay woman died at the hands of her boyfriend at the weekend shortly after ending their relationship.
The boyfriend, 35-year-old Fillemon Nghatanga, later committed suicide by hanging himself on Saturday morning. The female victim, Hertha Ndakula Daniel, was stabbed to death with a knife. The shocking incident took place in the Seapoint location in Kuisebmond around 08h00.
When New Era arrived at the scene, the bodies of the victim were removed by police, while investigators were taking statements from witnesses of the crime scene.

Onlookers and others who rented in the same yard with the couple gathered in shock and disbelief in front of the shack where the gruesome murder-suicide took place.
“We did not even hear any commotion that would have suggested that they were fighting so that we perhaps had intervened,” one of the onlookers said on Saturday while still in shock about the couple’s death.
Crime investigations coordinator for Erongo Deputy Commissioner Erastus Iikuyu told New Era the couple was living together in the shack where the murder-suicide took place.

“The couple was last seen alive on Friday around 23h00 at the shack. However, Nghatanga allegedly contacted a close friend around 06h00 on Saturday and asked that the friend come to their shack,” Iikuyu explained.
According to Iikuyu, the friend went over to the couple’s shack as requested and found their lifeless bodies and notified the police.
“The boyfriend left a suicide note in which he explained that he was unhappy with his girlfriend’s decision to end their relationship,” Iikuyu said.