Opinion - In remembrance of Kirsten Alnaes 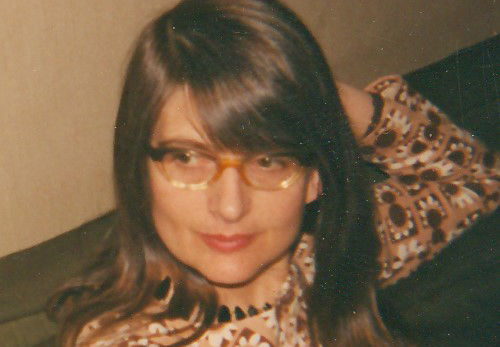 Professor Kirsten Elisabeth Alnaes, Norwegian social anthropologist, whose doctoral thesis was on the cosmology of the Konzo in Uganda, and who did extensive oral history with the Herero community in Botswana, passed away on 4 February this year.

Born 8 May 1927, in Hattfjelldal, Norway, Kirsten studied social anthropology at the University of Oslo. There she met fellow anthropologist Axel Sommerfelt and they were married. They spent three years both doing research in Uganda and then moved to Southern Rhodesia, now Zimbabwe. They had three children – Benedict, Aspen and Maja. Kirsten and her husband were staunch advocates of black majority rule in Rhodesia and they were expelled from Rhodesia by the Smith regime in 1966, along with a number of other academics, including Professor Terence Ranger.

Her PhD in Anthropology from University College London was based on her research work in Uganda and was entitled ‘Singing with the Spirits: A Study of Konzo Ritual and Song’ (1995).

Kirsten authored numerous publications and papers relating to Namibia, Botswana, Zimbabwe, Kenya, Malawi, Uganda, Tanzania, Anthropology, African religion and ritual, education, the struggle for independence of Namibia, the Herero community in Botswana, and land tenure in Botswana. She also wrote a novel for older children, Pio (1978), which won the Norwegian Ministry of Church Affairs and education prize and was translated into Danish and Sweden.

Her stay in different African countries in the 1960s, at a time of great political change on the continent, opened her eyes to the social and economic conditions under which people lived, and she felt deeply about the injustices inflicted on people.
I met Kirsten in Tanzania in 1966 and we were life partners for over ten years. As time went by our relationship was blessed when our son, Patji Haakon Alnaes-Katjavivi, was born in 1973. He is now a medical doctor, based in Oslo, Norway. He studied at University College London, and worked for a year at Onandjokwe hospital in Oniipa.

Kirsten came to know many Namibian nationalists, including our Founding President Sam Nujoma, our current President Hage Geingob, and Dr Libertina Amathila. She actively supported the struggle for the liberation of Namibia and my work as SWAPO Representative in the UK and Western Europe.

From 1978 to 1979, Kirsten went to Botswana to conduct research amongst the Herero community in Ngamiland. She collected personal recollections, second- or third-hand information, and songs composed during or after events, in particular after the 1904-08 genocide. Some of her informants were present at the battle of Ohamakari in August 1904, and they gave her detailed descriptions of what happened as they fled to Botswana, of the battle against hunger, thirst and heat as they crossed the Kalahari, and ambushes by the German colonial forces at the waterholes, when people were shot as they ran towards a waterhole to drink.

I recall, in particular, Kirsten’s interview with an old lady who gave an eye-witness account of the Battle of the Waterberg, contributing to our greater knowledge of the plight of the Namibians exiled in Botswana:

Kirsten later wrote: ‘It is impressed upon us how the refugees had to run and run to avoid getting shot; how mothers were desperately trying to get their children with them, and at the end, we see how the war has led to total disruption of normal conditions: the children are motherless, wives have lost their husbands, and lambs find food from unnatural sources. All this epitomises the destruction which took place. From these examples one appreciates the dimensions of the holocaust which the war constituted for the Herero.”
Her audio fieldwork tapes were recently digitised. Deposited at the Senate House Library, University of London, these interviews are accessible to researchers.

Kirsten was a remarkable person who touched the hearts of those who knew her. She was an insightful, vigorous academic, and a devoted and caring mother and grandmother. She left a strong impact on all of us who were close to her. Her love, devotion, compassion and faith were remarkable, as was her strong sense of what is fair and just.
She leaves her four children, grandchildren and great-grandchildren. Her funeral will be held at Kampen church, Oslo, on Thursday 18th February.
As we bid farewell to Kirsten, we pray that her soul will rest in peace, and we ask the Almighty to comfort the family during this period of mourning.