Home / Opinion - Phosphate mining in Namibia from an agricultural perspective

Opinion - Phosphate mining in Namibia from an agricultural perspective 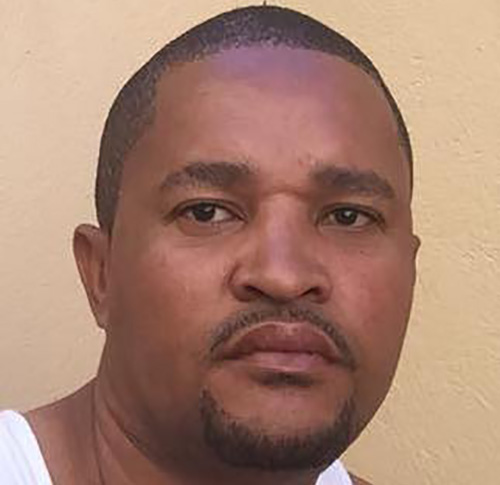 About 95% of the phosphates produced are consumed in the agricultural sector as fertilisers and animal feedstocks (Elmaadawy et al. 2015). Namibia is no exception. Most of the balance is converted into phosphoric acid and elemental phosphorus, which are the raw materials.

Phosphate is thus one of the key components in the production of fertiliser, an essential component necessary for productive agriculture and farming activities.

With an increasing population and consequent pressure of use, it’s important for agricultural soils to maintain adequate levels of quantity and quality to produce food, fibre and energy, without running the risk of a negative impact on their balance of nutrients, health or their ability to function. To achieve any imbalance of nutrient outputs and to increase yields, the use of mineral fertilisers has become indispensable, especially in the case of Namibia’s arid soil conditions.

Namibia is largely a semi-arid country, with its most prevalent biome being the savannah, with 60% of land falling into this category with Arenosols soil types, which makes crop production a serious challenge.

All Arenosols have a coarse texture, accountable for the general high permeability and low water and nutrient storage capacity, but with drip and trickle irrigation, combined with a careful dosage of fertilisers, Namibia may remedy the situation.

Fertiliser is generally costly for subsistence farmers as critical as it is a factor, amongst others needed for crop production, due to the high import costs and prices of fertiliser. These impediments are major contributors stifling the growth of the agricultural sector, in particular grain production, and as a consequence lends the country vulnerable to economic shocks and volatile market conditions.

Namibia currently imports 50% of its maize
(N$889 million) and 80% (N$596 million) of its wheat annually due to the domestic shortfall.

Only 47% of horticultural produce is produced in Namibia, with the rest imported mostly from South Africa at a cost of N$417 million, as 2018/19 Namibia Agronomic Board (NAB) figures illustrate.

In an effort to “protect local farmers, to encourage greater production of grain products, and meet Namibia’s food security goals, the government, through the same NAB, established policies to control the trade of white maize, wheat, mahangu (pearl millet) and products derived from these three grains.”

However, these controls are meaningless since there is a supply deficit domestically, resulting in the importing of these grains and horticultural produce.

The argument advanced by Herbert Jauch, chairperson of the Economic and Social Justice Trust, that “the jobs promised by marine phosphate mining operations are insignificant compared to the over 10 000 direct jobs and around 45 000 indirect and related jobs in Namibia’s fishing industry”, holds no scientific truth, but is based on alarmist speculations.

The majority of Namibia’s population dependent directly or indirectly on the agricultural sector for their livelihoods (70+ %), employing over 25% of the total workforce amounting to more than 170 000 workers, thus makes agriculture one of Namibia’s most important sectors in terms of job creation. With increased productivity, agriculture is able to massively create additional and sustainable employment for hundreds and thousands of people, directly and indirectly, through further value- addition activities.

Agriculture’s contribution of just over 4% to the country’s gross domestic product (GDP) (excluding fishing) over the last five years can be boosted significantly with increased agricultural productivity.  The types of fertiliser products that are envisaged to be generated in Namibia are  “Direct Application Phosphate Rock (DAPR), Single Super Phosphate (SSP), Triple Super Phosphate (TSP) and Animal Feed Phosphate”, all of which are currently imported from South Africa at high import costs, transport costs and prices of fertiliser fluctuations.

Phosphate rock, for example, is suitable for direct application, and can be more efficient than water-soluble phosphate fertilisers in terms of phosphorus recovery by plants under such conditions, ultimately resulting in minimal long-term environmental effects as a result of wastewater. This method is suitable for the majority of rural areas in Namibia, where traditional agricultural practices are still prevalent, as it
relates to organic farming.

I contend, based on available empirical evidence, that phosphate mining in Namibia holds more promise than doom and gloom for Namibia’s agricultural sector, its broader industrialisation efforts, the economy, job creation and food security.

In the final analysis, phosphate mining in Namibia is able to make a demonstrable impact against inequality, poverty and hunger, the triple socio-economic challenges plaguing Namibia – all in terms of national priority challenges, all of which supersede perceived environmental concerns.

Morocco is the only African country currently producing phosphate at a significant commercial scale. A Namibian phosphate industry will have unique competitive advantages in the phosphate industry domestically, regionally, continentally and globally.

Approximately 75% of the world’s phosphate resources are from sedimentary, marine phosphate rock deposits like those found in Namibia. It’s either Namibia as a developing country exploits its own phosphate, or be at the mercy of market forces which dictate its developmental agenda.

*Benedick Moody Louw is a Project Research Assistant at the Agricultural Trade Policy Institute (ATPI) of the Namibia University of Science and Technology (NUST). He is passionate about Sustainable Agriculture. These views are his own.