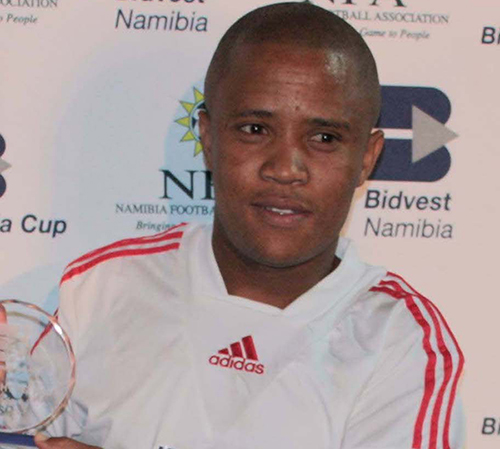 A former Brave Warriors and African Stars footballer and four other co-accused, who were arrested last week over stock theft charges in the Dordabis area, have been remanded in custody, following their court appearance last Friday.

Their case was postponed to 29 July for further police investigations. The accused may in the meantime apply formally for bail.

According to Khomas police spokesperson Silas Shipandeni,  a case of stock theft was registered at Dordabis on Tuesday.

He said, while members of the police were on patrol, they came across a white Hyundai with a whole beef carcass.

“It was only the driver who was in the above-stated car at the time of interception by authorities. Upon preliminary investigations, it led to the arrest of other four suspects, who are employees of Farm Brack, where the cow is alleged to have been stolen. Investigations further revealed that the vehicle in question belongs to a certain police officer from VIP Directorate,”