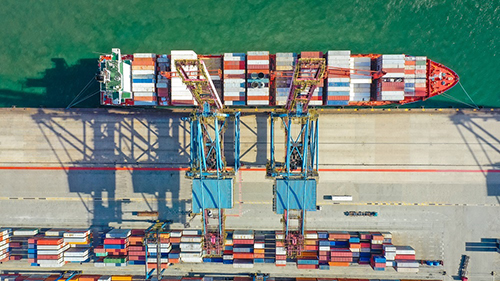 The Walvis Bay Corridor Group (WBCG) says it is in full support of the establishment of a fully-fledged logistics hub at Katima Mulilo as this aligns perfectly with Namibia’s Logistics Hub Master Plan, of which the WBCG is the executing agency. The support for the hub comes as cargo volumes along Namibia’s transport corridors have increased significantly since 2016.

Upon enquiry, the WBCG explained to New Era that the Logistics Hub Masterplan has made provision for the development of bypass roads to alleviate congestion, as well as the need for truck stops and warehouse developments. These proposed developments are expected to assist the Ministry of Urban and Rural Development as the line manager of local authorities to justify the submission for decentralisation via Katima Mulilo.

According to Gilbert Boois, WBCG’s Logistics Hub Project Manager, several industry projects such as upgrades to key road and rail infrastructure are at varying stages of progression, which he said shows the government’s commitment to developing the sector to better position itself as a viable transport link to the region.

“In addition to the critical projects outlined in the Logistics Hub Master Plan, Namibia also prioritised supplementary projects in the road, rail and aviation subsectors, which are crucial links to neighbouring countries,” he stated.

“It’s with great pride that the WBCG continues to play a central role in Namibia’s regional transport and corridor development. The success of the Logistics Hub Project hinges on a coordinated and synergised implementation of the Logistics Master Plan programmes and projects,” Boois emphasised.

The Walvis Bay Corridor Group’s public-private partnership set-up allows it to pool resources and authorities of both transport regulators and transport operators, thus effectively serving as a facilitation centre and one-stop shop coordinating trade hub along the Walvis Bay Corridors, and linking Namibia and its ports to the rest of the southern African region.

The ports and corridors in Namibia are strategically positioned to give the country a competitive advantage as a transport hub for all regional and international trade between SADC countries, Europe, the Americas, and the rest of the world.

The new and well-maintained port and corridor infrastructure, coupled with efficient transport services, give the Walvis Bay Corridor Group a competitive edge as a leading trade route in southern Africa.

In a recent interview, Silinda Mubonenwa from the Katima Mulilo Town Council’s Economic Development Department told New Era that the town has ample land available for investment in creating a trade hub for the region. “The idea is to establish a depot at Katima Mulilo to distribute goods, including all types of fuel, to neighbouring countries,” he noted.