Airlink to launch direct flights from Walvis Bay to CT 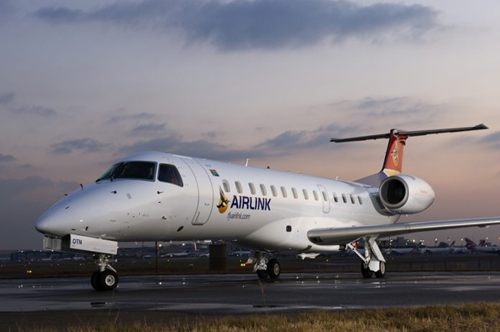 Airlink, the privately owned regional airline, intends to launch a convenient new direct service between Cape Town and Walvis Bay, commencing on 2 March 2021. The new route is Airlink’s third between South Africa and Namibia, with other services linking Cape Town and Windhoek in addition to flights from Johannesburg to Windhoek and Walvis Bay.

“This new service is ideal for business and leisure travellers with the port city of Walvis Bay being an important economic hub and gateway to some of Namibia’s prized tourist destinations, including the Namib Desert, Swakopmund and the Skeleton Coast. Walvis Bay, Langstrand and Swakopmund are also home to a significant community of people who commute between Namibia and South Africa,” explained Airlink CEO Rodger Foster.

Airlink’s economy class fares include a 20kg free economy class checked-in luggage allowance plus a 15kg sporting equipment allowance. Onboard customers are treated to a complimentary light meal, refreshments and a choice of aisle or window seat as the flights do not have middle seats.

Airlink further stressed that during Covid-19 times, health and safety remains a primary concern.
“Our aircraft are equipped with High-Efficiency Particulate Air Filters (HEPA), which are effective at blocking 99.97% of particulates, including coronavirus molecules. These HEPA filters continually sterilise the air in our cabins, which is renewed entirely every three minutes,” read an Airlink statement.

Airlink also advised travellers to check with the appropriate Namibian government authority for the latest regulations for travel from and returning to the country.

For passengers flying from South Africa to Namibia, there are some important steps and items to be followed before and as travellers proceed through any South African airport.

Airlink is a privately owned regional airline serving a network of smaller destinations throughout southern Africa. Airlink now operates independently under its own unique 4Z flight code offering more freedom, more choices and more travel opportunities.
Airlink has more than 50 commercial jetliners operating throughout the region. In 2019, the airline carried two million customers on more than 63 000 flights, on 55 routes to 39 destinations in nine African countries and St Helena Island.

According to Airports Company South Africa’s measurements, Airlink is the most punctual South African airline for 2020 with an on-time performance consistently better than 95% and for January 2021 at 98.79%.