Home / Babi to be tried alone for bribery 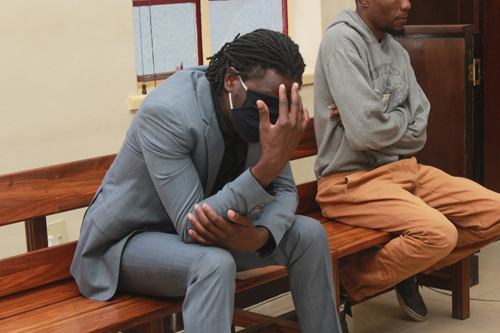 Prosecutor general Martha Imalwa has decided to only prosecute self-proclaimed preacher Jackson Babi for his alleged attempt to bribe investigating officers last year following his arrest on charges stemming from the possession of two rhino horns, a firearm and ammunition without a valid licence.

Babi was initially charged alongside Ananias Ananias last year; however, the prosecutor general decided not to prosecute Ananias for the crime due to lack of evidence.

According to State prosecutor Precious Matali, the prosecutor general requested prosecution to compile three of Babi’s cases currently on the court’s roll for her to consider making a joint decision.

During court proceedings yesterday, magistrate Linus Samunzala withdrew the charges against Ananias and ordered his release from police custody. Babi, in his second case, is charged alongside Frizans Naululu Dumeni.
They were arrested in May and form part of the group that was found to be in possession of rhino horns.

According to police reports at the time, the group of eight men includes a police officer from the VIP protection directorate.
The prosecution is charging the accused with counts of possessing or dealing in two rhino horns, hunting a rhinoceros that is protected by law and possessing a hunting rifle and ammunition without a licence.

Prosecution claims Babi and Dumeni were in possession or dealt in two rhino horns at Babi’s residence in Kleine Kuppe in Windhoek on 26 and 27 May. It is alleged the much-sought horns are linked to the poaching of two rhinos found dead and with their horns removed in the area of Gobabis in May.

According to court records, Babi has a third case in Gobabis Magistrate’s Court, where he faces charges of illegal hunting of specially protected game in the Gobabis district.
Babi is scheduled to appear in court on 16 April for the prosecutor general’s decision.
- mamakali@nepc.com.na