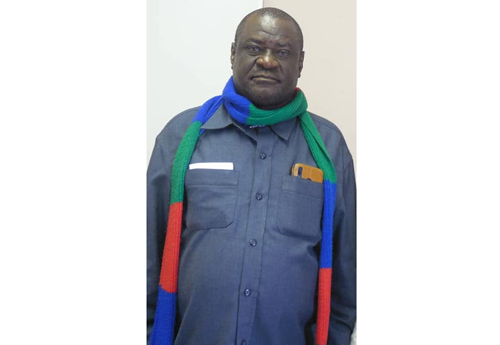 Olukonda councillor Fillemon Ndjambula fears subsistence farmers in the constituency might have a bad harvest this season due to poor rainfall.

Despite many parts of Namibia receiving above average to good rainfall, Ndjambula said his constituency received poor rainfall, dashing all hopes of a bumper harvest.  Ndjambula said he was thus worried about the status of crops, which have started wilting due to the scorching heat.

“The cultivation season started well, and many farmers worked their fields. However, in the past weeks we have not received sufficient rainfall hence the crops are dying,” he said.

“We therefore fear a poor harvest which will definitely affect food sustainability. People will go hungry and it is not our intention to beg government for handouts.”

The councillor therefore warned community members to brace for a potential poor harvest as the situation unfolds. Ndjambula is the founding councillor of Olukonda, having served in that capacity for a number of years. He left office in 2010 and was again elected last year to “finish what started”.

“We laid the foundation before; other councillors came after me and did their part. I am now here again to forge ahead with the developmental agenda. I am the people’s servant, they have found it fit for me to lead them to prosperity again,” added Ndjambula, who also doubles as National Council representative.

Being a national leader, he said, he will push ahead to have the Constituency Development Fund (CDF) finalised and gazetted into law so that each constituency can draw their own budgets based on their needs.

“Once the CDF Bill is gazetted, it will be much easier to deal with our problems. Right now, we have issues with poor roads – many of our residents’ vehicles are continuously breaking down due to rough gravel surfaces. In addition, there is also a need to have more access roads constructed to increase accessibility as some areas are near impossible to reach,” he said.

Access to water is another urgent project he intends to undertake, saying about 40% of the community do not have safe drinking water.