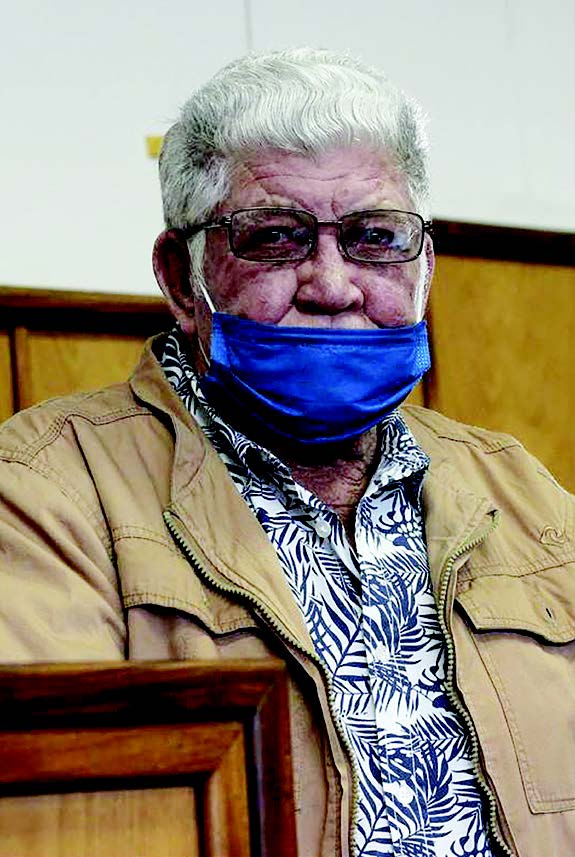 A 73-year-old pensioner convicted of fatally shooting and murdering his stepdaughter’s husband nearly seven years ago near Mariental, was shown mercy by the High Court when he was sentenced to serve 14 years in prison.

Passing sentence against Jan Donald Bruwer yesterday, Judge Orben Sibeya said factors such as his advanced age, the remorse he has shown for his actions, the time he spent in jail while awaiting trial and being a first-time offender, played a major role in the sentence that the court imposed on him.

“A hefty sentence would break the accused as he is at an advanced age of 73 years. However, he should be removed from society for a considerable amount of time,” explained Sibeya.  He added domestic settings are losing their value of unity and have become centres of violence.

Sibeya sentenced Bruwer to 20 years imprisonment on a charge of murder with direct intent to kill, of which six years are suspended for a period of five years, on condition that he is not convicted of the same crime within the said period.

For the two counts of assault, he is to serve six months imprisonment respectively.

The sentence for two counts of assault, will run concurrently with that of murder.

The court ordered the murder weapon, a 9mm pistol, to be forfeited to the State. Sibeya also declared Bruwer unfit to possess a firearm for two years after having served his custodial sentence.

Bruwer was convicted on 25 August on a charge of murder, committed with direct intent to kill, and two counts of assault, after the court rejected his claim that he acted in self-defence when he shot Henry Noble Mouton (43), three times at their residence near Mariental, on 29 November 2014. Mouton was shot after he was called to Bruwer’s residence to diffuse a physical altercation between Bruwer and his wife, Renette Bruwer, who was the mother of Mouton’s wife.

A quarrel further ensued when Mouton’s wife Cathleen wanted to know why the accused assaulted her mother. This too ended with Bruwer assaulting Cathleen.

It was at this point that Mouton was called to the house, leading to the shooting incident in which he was shot three times – twice in the stomach and once in the face – causing him to die from his injuries.

Cathleen who had left the scene, heard the shots and went out to see what was going on and Bruwer tried to murder her by firing one shot at her, wounding her shoulder.