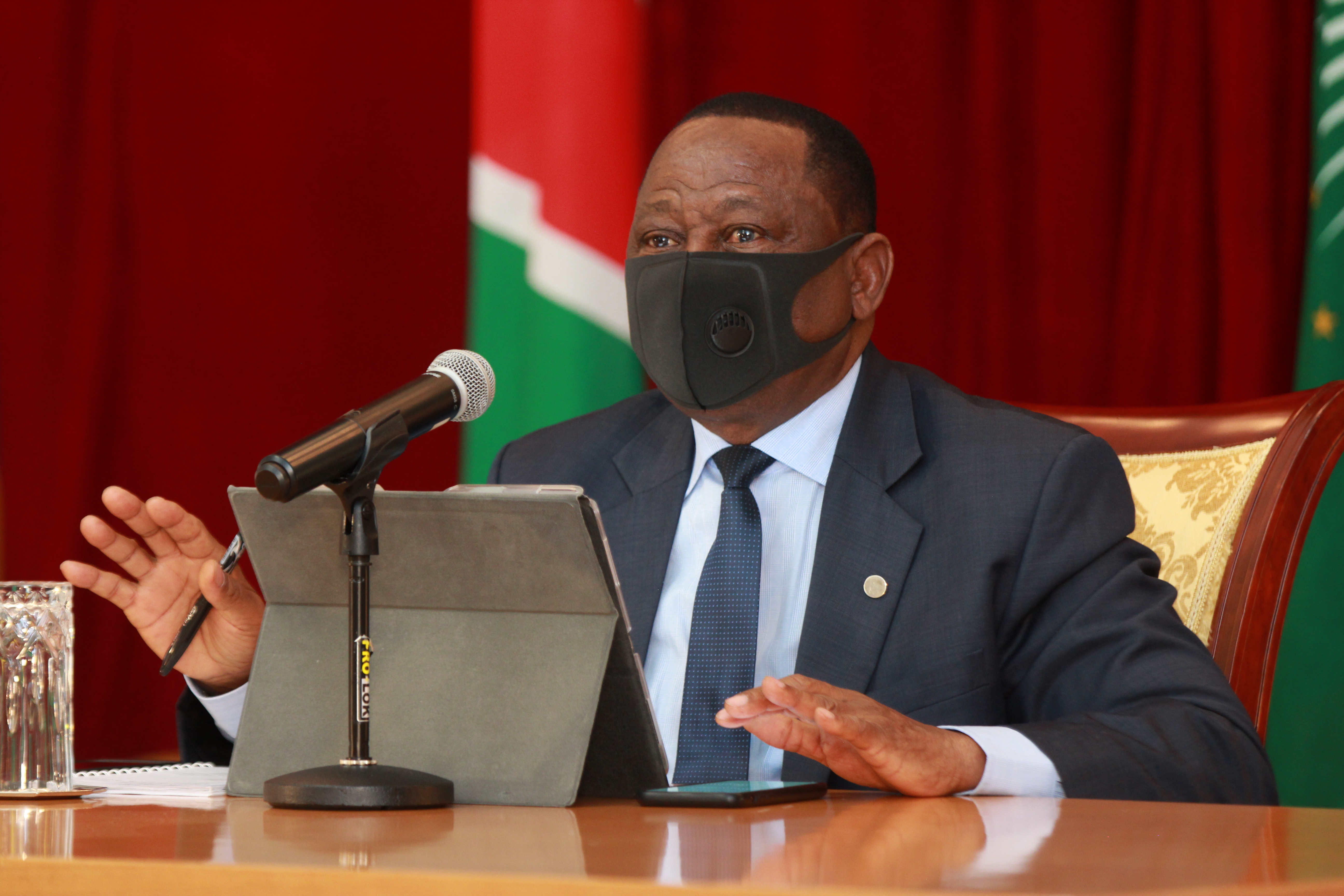 Namibia will know next week whether the new variant of the novel coronavirus, which was confirmed in neighbouring South Africa, is responsible for the surge of local infections reported in December last year.

Health minister Dr Kalumbi Shangula yesterday confirmed local scientists have sent samples to that neighbouring country to determine if such a variant has reached Namibia. According to the minister, the test results will be available next week.
“Our scientists have collected and submitted samples for gene sequencing to determine whether the new variant, (B.1.351) originally detected in South Africa is present in Namibia, and if so, the extent of its prevalence,” Shangula noted during yesterday’s State House briefing on government’s latest Covid-19 response measures.

He emphasised this is very important as it will further inform the government’s decisions on the acquisition and procurement of vaccines. The variant, which was first detected in South Africa in October last year, has since spread to nearly 40 countries, according to recent global reports.

The Business Insider reported the main concern with the variant found in South Africa is its ability to evade the antibodies produced by the body to fight infection, which could mean Covid-19 vaccines work less well, or that people get reinfected. In trials, existing Covid-19 vaccines from Pfizer-BioNTech and Moderna were less effective against lab-made pseudoviruses containing some of the variant›s mutations.
Until a safe and effective vaccine becomes available in Namibia, President Hage Geingob stated the current Covid-19 restrictions and continued public vigilance and diligence to the public health regulations, remain the only line of defence.

Geingob yesterday announced current response measures would be extended for 36 days until 31 March 2021, while the curfew will continue starting 22h00 until 04h00. As of yesterday, Namibia has recorded 37 976 cumulative confirmed cases, with 1 805 active cases.
Geingob said over the last 12 days, the government has observed a rising trend in infections, with the highest positivity rate recorded at Kavango East and West, Oshikoto and Oshana are fast becoming epicentres in the Covid-19 pandemic.

Learners in schools and hostels have been the most affected population, with a 40% infection rate. Geingob added parental engagement must be improved as a means of supporting schools, especially secondary and boarding schools in the fight against Covid-19. Furthermore, schools are advised to strictly adhere to the guidelines as set out by the line ministry. So far, Namibia has lost 413 lives due to Covid-19 and related illnesses.

“I, therefore, wish to pause in memory of those who have lost their lives - let us keep their families in mind, who are dealing with the pain of loss. The impact of these deaths is compounded by the fact that family and friends cannot be with their ailing loved ones during the most crucial moments,” the head of state said.

Apart from the loss of life and the economic damage that has been caused by Covid-19, the President said another worrying aspect is the mental health of the people.
“I am fully aware that you want to return to life as we use to know it. You want to start rebuilding what has been lost and remove the weight of restrictions on your lives.

“I am aware of the mental health impact of Covid-19 and the subsequent consequences thereof on you. I, therefore, wish to reassure the nation that government sees the war against Covid-19 and the conclusion thereof, as a priority,” Geingob assured.
- anakale@nepc.com.na