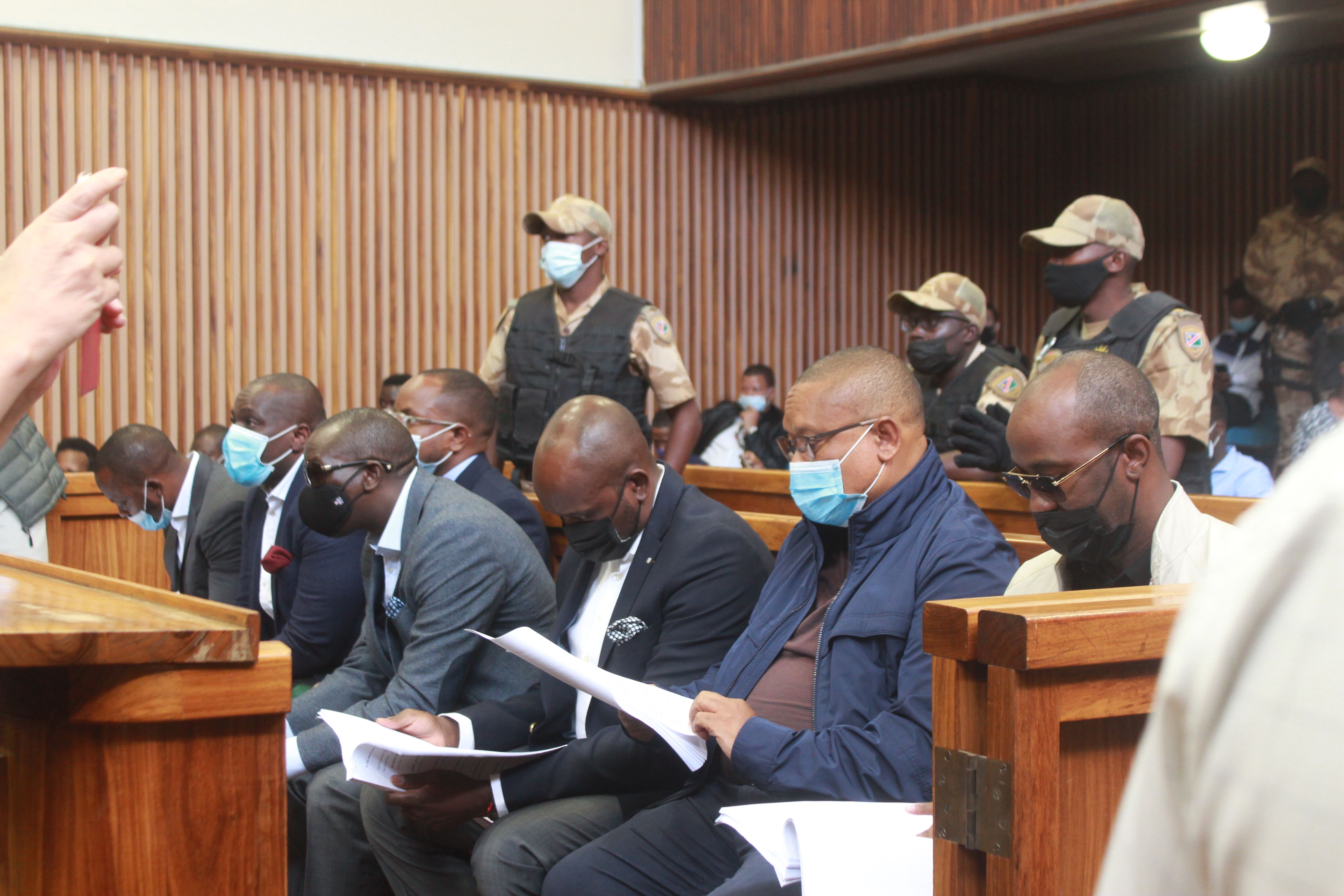 Six Fishrot accused, including former Cabinet minister Sacky Shanghala, will know this morning whether they would be released on bail pending their high-profile trial.

Windhoek High Court Judge Shafimana Ueitele reserved his judgment at the end of the hearing and said he will endeavour to deliver his ruling this morning at 10h00.

The six men, together with former fisheries minister Bernhard Esau, Ricardo Gustavo (on bail), Tamson Hatuikulipi and Nigel van Wyk are facing more than 40 counts including racketeering, contravening the Anti-Corruption Act, conspiracy, corruptly using an office to receive gratification, fraud, theft, and money laundering and defeating or obstructing the course of justice.

It is alleged by  the State that they corruptly received payments to give a competitive advantage to Icelandic fishing company Samherji in securing access to horse mackerel quotas in Namibia.

According to the State, more than N$317 million was misappropriated and divided among the accused. Also on the list of people added to the charges is lawyer Marèn de Klerk.

The State is yet to extradite De Klerk from South Africa and Icelandic nationals Ingvar Júlíusson, Egill Helgi Árnason and Aðalsteinn Helgason. The State alleges that all the accused acted in common purpose.