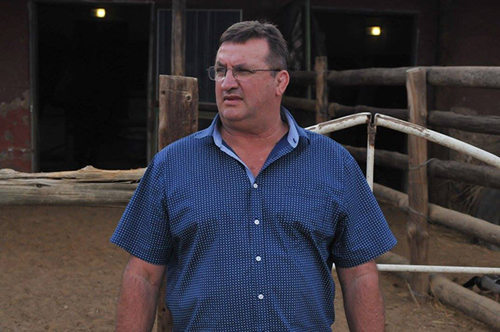 The Anti-Corruption Commission (ACC) has indicated the recent arrest and detention of D&M Rail Construction managing director Dawie Moller was not connected to the widely publicised Fishrot case currently before court.
This was confirmed by ACC’s spokesperson Josephine Nghituwamata yesterday.
Moller co-owns the railway company with Fishrot suspect James Hatuikulipi.

Hatuikulipi is part of the group arrested in 2019 when it was reported an Icelandic fishing company Samherji reportedly secured access to horse mackerel quotas in Namibia by paying bribes of over N$103 million to politicians and businessmen between 2012 and 2018.
He and his co-accused are currently in police custody awaiting trial.

On Tuesday, Moller and his co-accused Hendrick Rooi were respectively granted bail in the amount of N$15 000 when they appeared in Gobabis Magistrate’s Court for bail consideration.
As a condition for their release, magistrate Eden Iyambo ordered and warned the accused not to interfere with ongoing investigations and State witnesses.

The court further ordered the accused to surrender their travelling documents to the investigating officer.
Moller and Rooi are each facing two counts of money laundering and failure to declare funds - charges under the Prevention of Organised Crime Act (Poca).

Their case was postponed to 28 April for further police investigations.
The accused were represented by local lawyer Christian Nambahu.
-mamakali@nepc.com.na