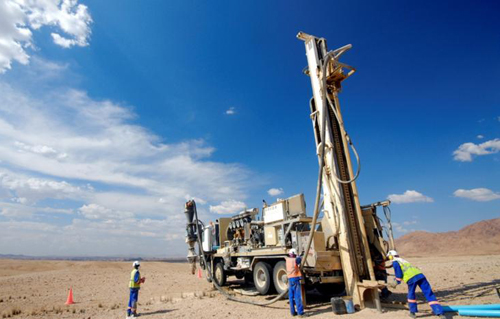 Commenting on the encouraging results and successful completion of the Tumas PFS, John Borshoff, Managing Director said: “The completion of the Tumas Pre-Feasibility Study marks a major milestone for Deep Yellow as we advance our exciting Namibian project portfolio towards production. The highly positive outcome of the PFS, underpinned by impressive economic numbers, has resulted in the board approving the immediate commencement of a Definitive Feasibility Study, representing a significant step forward in the corporate evolution of Deep Yellow.”
The Tumas PFS focussed on Tumas 1 and Tumas 3 deposits. The Borshoff led company said it understands what it takes to successfully explore, develop  and run a global uranium operation, with the majority of the Deep Yellow team ex-Paladin Energy. This is the same team that built and operated two innovative conventional uranium operations, including the Langer Heinrich mine, taking Paladin from a market capitalisation of A$2 million to A$4 billion, pre-Fukushima.

In 2016, current management took over the reins at Deep Yellow and focused on building the size of the Reptile Resource towards its stated exploration target.

The Tumas Scoping Study (SS) was completed in January 2020, with results outlining a project with clear potential to meet the Deep Yellow’s investment criteria. Following completion of the SS, Deep Yellow immediately commenced the PFS, which evaluated the potential of calcrete-associated uranium deposits located within the Tumas palaeochannel and the potential viability of mining and processing the Tumas deposits, contained within a 30km radius of a proposed purpose-built processing facility.

“Impressively, the PFS only utilised 50% of the total mineral resources available on the Tumas Project and established a maiden ore reserve estimate which includes 40Mt of ore at an average grade of 344ppm U3O8, containing 31Mlb U3O8 of probable reserves. The completion of the PFS delivered results which are in line with, and in some cases better than, assumptions from the SS, highlighting a strong economic case for Tumas,” read a Deep Yellow statement.

Said Borshoff: “Tumas is an exciting development opportunity and one of very few globally over the last four years that has progressed from brownfields exploration to completion of a PFS, now moving on to a DFS. This is a testament to the entire Deep Yellow team, who have proven uranium credentials and understand what it takes to develop a world-class uranium operation.”

“The company is managing the progression of the Tumas project in line with forecasts highlighting significant improvements in the uranium price which are expected during 2022, following realisation by nuclear utilities of the looming uranium shortage expected from 2023/24…Development of the Tumas project is a critical element in the execution of our stated dual pillar growth strategy and we are extremely pleased with the ongoing success we are experiencing advancing this highly prospective project,” said Borshoff.

“The impressive results from the Tumas PFS clearly justify advancing this project to a DFS status, appreciating that uranium prices are expected to improve strongly over the next two to three years. With this approach, the Company has a significant opportunity to continue diligently advancing the Tumas Project in a cost-effective and timely manner.”

“As previously indicated, our overall aim is to establish a multi-platform, 5-10Mlb per annum, low-cost uranium producer, with the expectation of each project achieving a minimum 2-3Mlb per annum production capability. We remain on track with this strategic objective and look forward to commencing the DFS and continuing to advance the company towards establishing itself as a tier-one uranium producer,”Borshoff concluded.