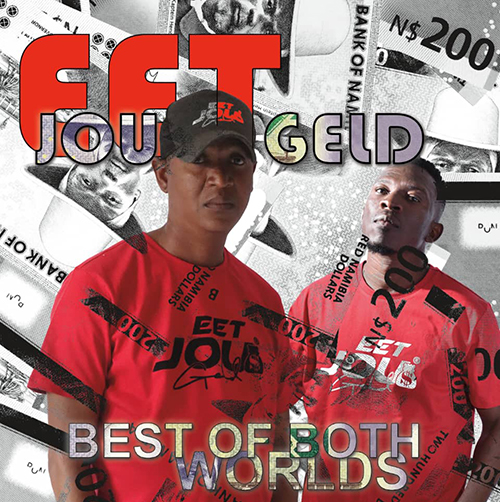 Kortez told VIBEZ! he approached Brakes for them to show unity in the business, since there is no support amongst artists.

“Brakes then positively responded by saying we should set an example by working together on a project to tackle this matter. That’s how we came up with the ‘Best of both worlds’ album idea,” Brakes said.

“I thought it would be a great initiative to get the message out to artists and the nation at large, and what better way to do it than through music.”

The 12-track album will comprise Ampiano, Hip-hop and some “local vibes” to cater to everybody’s taste of music, he said.

The first song to get visuals will be ‘Money Maker’, featuring Balu Panda and Ined. “This song is the ultimate summer anthem that will definitely hit all corners of the country and hopefully abroad. Brakes, unfortunately, was not able to make it to the recording of the track due to work commitments.”

Ismael ‘Ou Nick’ Horaseb, the executive producer of the album and founder of LP Family Records that produced the album, said they have much to offer in terms of quality music.

“Our sales are doing very well, with new stock arriving already; the demand is high. We will definitely make all local supporters be part of the LP Family gang, as we are the hit-making station.”

Kortez ended by saying they are still brainstorming how to take over the music industry, as this is another album they have released in one year.

“So, we definitely still have some surprises up our sleeves. “This is just the beginning of something that will blossom into a huge wave of greatness,” Brakes contributed.