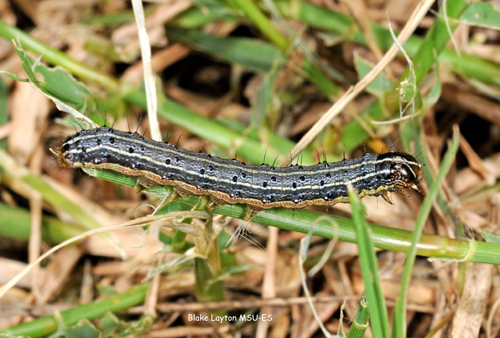 “There are no leaves on trees in the affected areas and they are now fast spreading to the crop fields,” said Gabriel.
In some parts, the worms are said to have destroyed crops that had already sprouted. Gabriel said the damage is not too severe, as many people have ploughed their fields. Spokesperson in the Ministry of Agriculture, Water and Land Reform Jona Musheko said the ministry is aware of the worms in Oshikuku.

Musheko said ministry officials are on the ground and will begin to locate the affected farmers.
He said pesticides are in place to fight the army worms. “Not just that but the ministry will also advise the farmers on the possible traditional methods to curb the infestation and further spread of the worms,” said Musheko. Last year, armyworms also infested the Elim constituency, where it destroyed crop fields. To remedy the situation, the farmers embarked on collecting the worms and bottling them to contain them from spreading further. On a different note, Gabriel urged the farmers to make use of the available land to produce enough to last them until the next rainy season or to be able to sell and generate an income. “We have received good rains and I appeal to everyone to ensure that they produce enough food,” said Gabriel.

He further urged the youth and other abled groups to assist the elderly in their communities as well as other vulnerable groups so that everyone can equally benefit from this year’s rainy season.
- nashipala@nepc.com.na