Home / Geingob is my mentor – Shifeta

Geingob is my mentor – Shifeta 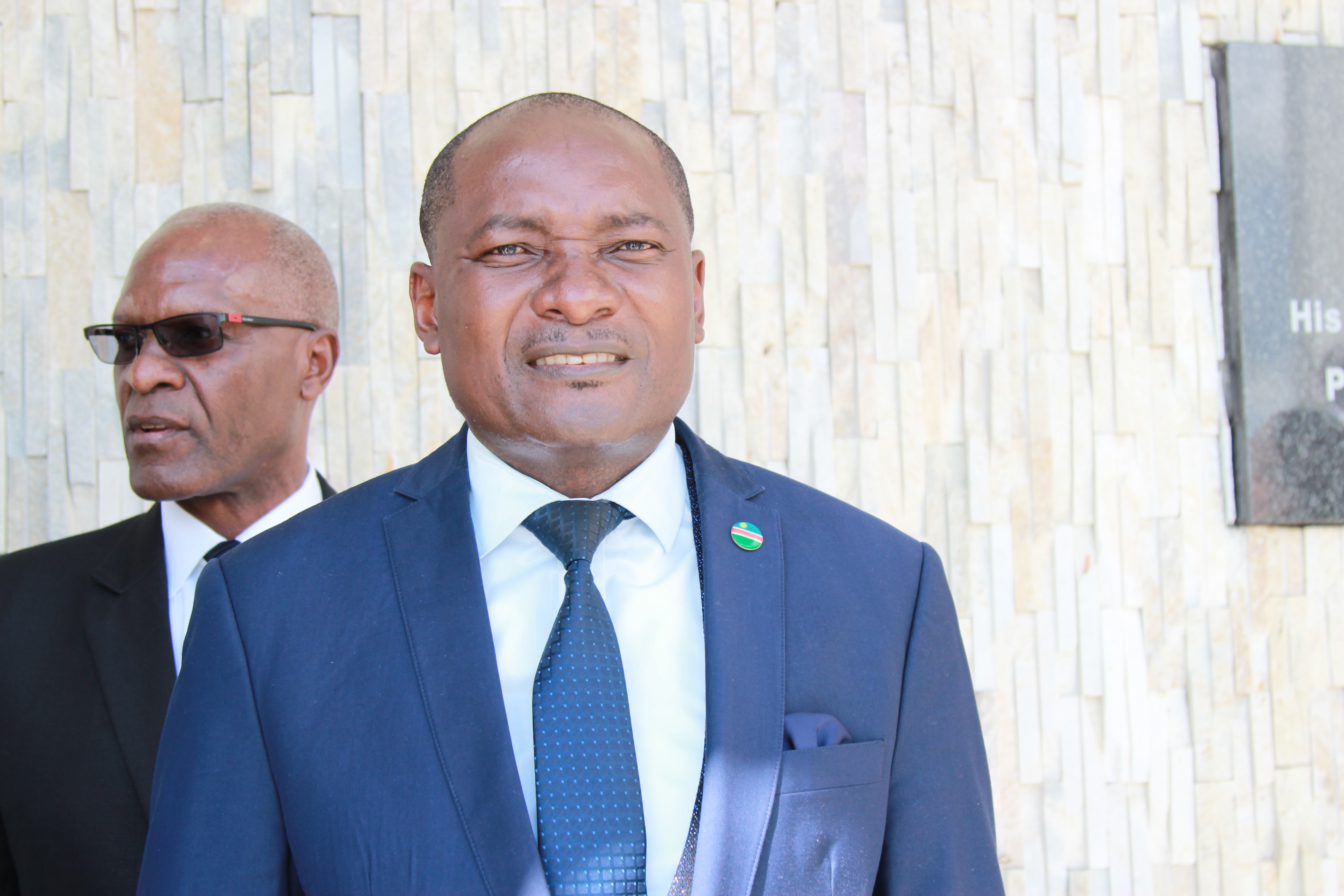 Despite not having scored President Hage Geingob’s sought-after endorsement, Swapo vice presidential hopeful Pohamba Shifeta this week heaped praise on the head of state, but insists he is his own man.

In an interview with New Era yesterday on allegations that he is Geingob’s preferred candidate, the environment minister said he comes a long way with the President.

However, he will lead his own campaign as Geingob made it clear that he will not endorse any successor.

“President Hage Geingob and I come a long way. He is my mentor. Even when I got married, he guided me,” said the 54-year-old politician, who is also a trained lawyer.

“I was a young boy. We became family friends. We travelled together to several areas with work and non-work activities. So, perhaps when people see this, they start putting words to the President. The President said he is not going to endorse anyone. He wants the playing field to be levelled. It is a good thing. I even said to the President, ‘I don’t need to be endorsed’. I will campaign for myself.”

Reports surfaced this week that Shifeta is Geingob’s preferred candidate, and that he was introduced as such to various African leaders in Angola last week, where the two attended the inauguration of that country’s president, João Lourenço.

According to him, there was no meeting in Angola where he was introduced as Geingob’s preferred candidate.

He said people probably saw him interacting with the president there with heads of state, and drew their own ‘misleading’ conclusions.

“There is a difference there. To say he went to organise heads of state and say this is my candidate is not something the President has done. It is a normal expression to say this is one of the candidates. I think whoever took it, is kind of twisted.”

State House this week issued a statement lambasting the media for insinuating such endorsement.

“Shifeta is not endorsed by President Geingob – and the report, which states otherwise in Namibian Sun, demonstrates the absence of verification in certain newsrooms in pursuance of a biased and orchestrated political agenda,” stated press secretary Alfredo Hengari.

According to Shifeta, he has no enemies within the Swapo Party, including those he is in the race with for the Swapo VP post.

Shifeta is competing for the Swapo vice presidency position with Deputy Prime Minister Netumbo Nandi-Ndaitwah and Prime Minister Saara Kuugongelwa-Amadhila. However, party stalwart Jerry Ekandjo also wants to contest for the position after having been defeated during the nomination process, but agreed to take his grievance to the central committee.

“In Swapo culture, when you contest, it does not mean you are enemies. I have a good relationship with both candidates. They are my seniors, by age and in both structures of government. We talk, we joke. There is no problem. But we contest to garner votes,” he added.

He appealed to congress delegates to vote for him, saying “this is the man who has the ability to work. Take stock when I take office, and ask me ‘why did you say this, but you are doing the opposite’?. This is not the first time I am doing a contestation for any portfolio. I have discharged my responsibilities quite well. And I am proud of myself.”

As the younger candidate, he pledged to bring innovative ideas to address the socio-economic challenges facing Namibia.

Geingob last week announced that he would step aside as party president before the 2024 general elections to allow the incoming Swapo vice president to take charge of the party, and avoid two centres of power.