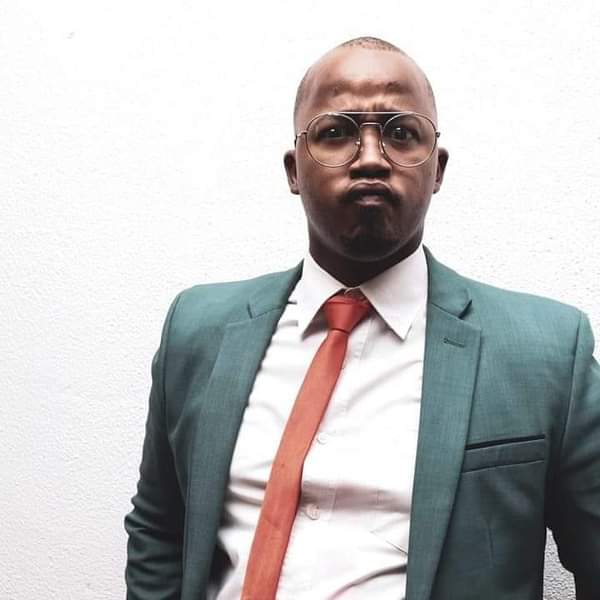 While many are celebrating Valentine’s Day today, award-winning stand-up comedian Mitch Gaoseb, better known as Big Mitch, is sharing “valuable” tips on how to avoid spending money on loved ones this day.

One idea is for men to go to the ‘men’s conference’, where men can “escape” from women in their lives as it coincides with Valentine’s Day.

“I’m going to the men’s conference; nobody is gonna trick me with pet names (to stay). I’m going to my mom’s house till the 16th. The girl that I’m dating right now, ‘Askies ek wil pouse (break) he’,” he told VIBEZ! jokingly.

Not excluding women, Mitch advised them the opposite: Cancel the ‘men’s conference’, because they have the upper hand in making decisions in a relationship.

“Make him stay at home, treat him well, wear something provocative – he will be eating out of your hand”.

For those not in the know, the ‘men’s conference’ is a fictitious event that has been a running joke every Valentine’s Day for the past few years.

While making many belly laugh with his gags in a mix of English, Afrikaans and Khoekhoegowab, some people have found Mitch’s trending video clips, specifically about relationships, over the past weeks handy to save them from unnecessary expenses.

Asked why he felt the need to give advice on love matters, the comedian said he used to believe in love, but has been hurt too many times in the past.

“I was very young. These girls grated my heart just after confirmation (in church). My spirit also went out so for now, I believe in making money.”

Mitch’s videos, which include ways on how to treat men and women within relationships, are now trending because people can relate to his topics of discussion, as he covers all Namibian tribes.

Jokes aside, he warned young men to not look for love in their 20s or to get married, and to not make the mistake he did.

“Try to get financially stable while you are young, and work hard. By the time you reach your 30s, you will be highly valued, which in turn would result in a woman respecting you more, because you will be able to provide security for your partner. Work hard right now, then you can concentrate on starting a family when you are about 35.”
On different matters, Mitch’s alter ego ‘Lil Swartbooi’ was supposed to release his hip-hop album, but he promised fans the wait is almost over.

“The reason why the album was delayed is that I found a new producer, and we decided to change the direction and sound of it. So, we decided we gonna release it this year; hopefully by the end of February.”